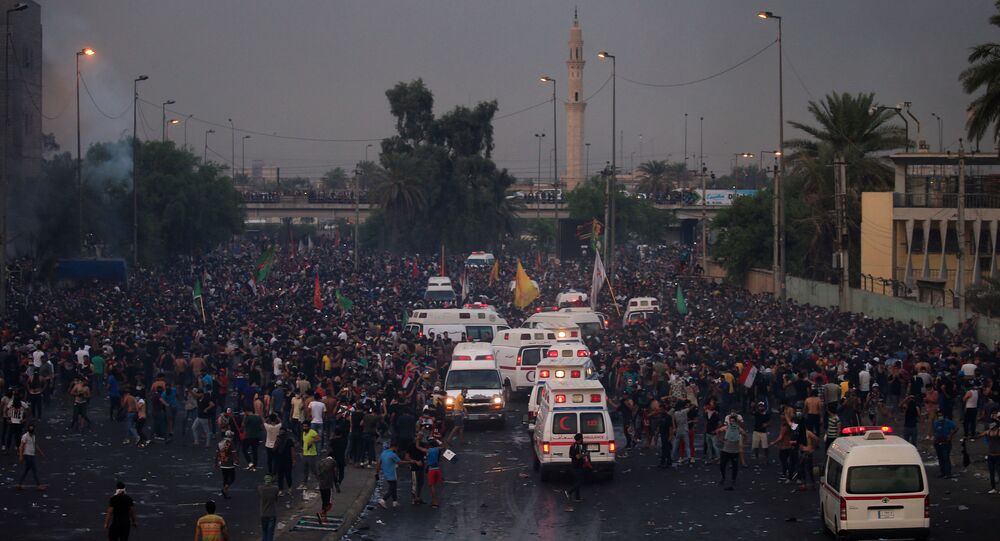 Seven protesters and a policeman died in Nassiriya during clashes, four more people were killed in the city of Amara, according to sources.

Earlier, participants of anti-government demonstrations in Iraq’s capital of Baghdad were trying to break into the city airport while security forces were using tear gas to disperse them.

"All vehicles and individuals are totally forbidden to move in Baghdad as of 5 am today, Thursday, and until further notice," Iraqi Prime Minister Adel Abdul Mahdi said in a written statement.

On Wednesday, the demonstrations spilled from Baghdad to several other provinces.

The number of people injured in protests rose to 112, sources at the Husyaniya Training Hospital said.