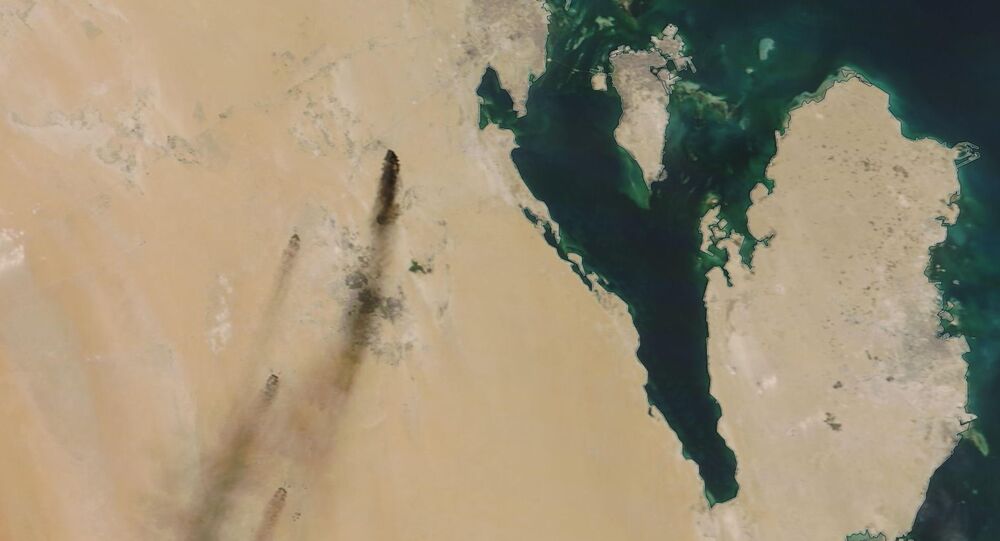 MOSCOW (Sputnik) – Iranian presidential adviser Hesameddin Ashena said that Saudi Arabia knew nothing about the recent attacks on its oil facilities after Riyadh had accused Tehran of being behind the incident.

On Saturday, a drone attack on Saudi Aramco forced the Saudi Arabian national oil company to shut down its Abqaiq and Khurais oil facilities, which resulted in more than a twofold drop in Saudi Arabia's net oil output. Although the responsibility was claimed by the military wing of Yemen's Ansar Allah movement, also known as the Houthis, the United States and Saudi Arabia have put the blame on Iran. On Wednesday, the Saudi Defence Ministry held a press conference to present what it describes as evidence of the Iranian involvement in the attacks. Tehran has refuted the accusations.

“The press conference proved that Saudi Arabia knows nothing about where the missiles and drones were made or launched from and failed to explain why the country’s defence system failed to intercept them,” Ashena wrote on Wednesday on his Twitter page, as quoted by the Mehr news agency.

On Wednesday, US President Donald Trump said that he had instructed his administration to boost sanctions on Iran over its alleged role in the recent attacks on oil facilities. The possible move was described by Iranian Foreign Minister Mohammad Javad Zarif as "economic terrorism."