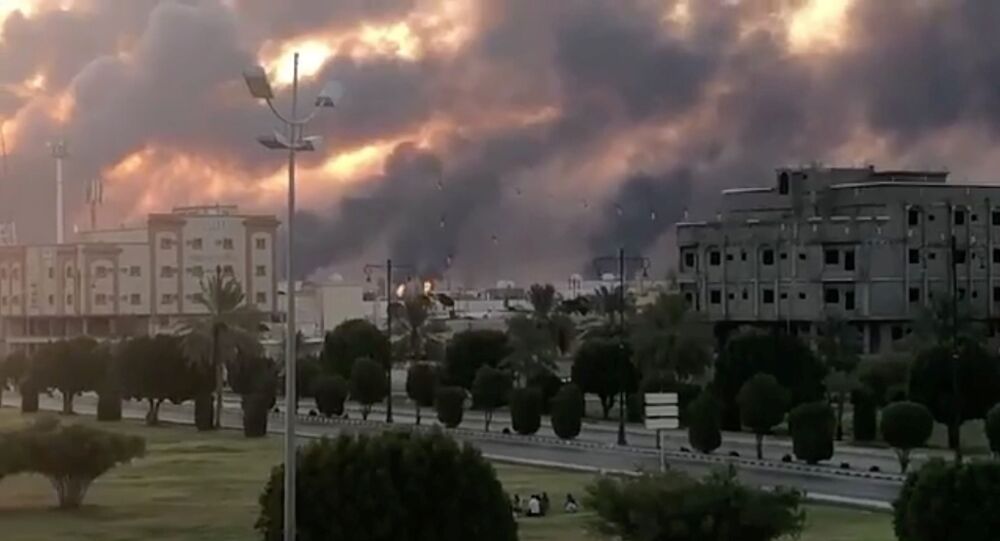 On 14 September, Saudi Arabia had to shut down two Saudi Aramco oil facilities at Abqaiq and Khurais, after a drone attack claimed by Yemen's Houthis caused massive fires.

Iran's President Hassan Rouhani said on Wednesday that a recent attack on Saudi oil facilities by the Houthis was a warning to the kingdom to end the war in Yemen.

"The Yemeni nation was not the source of the conflict but it was Saudi Arabia, the UAE, the Americans, some European countries and the Zionist Regime that began the war and destroyed Yemen. The Yemenis did not target a school, hospital or market, but they attacked an industrial centre to warn their enemies," Rouhani said at a cabinet meeting, as quoted by his website.

The president reiterated that "accusing Iran of being behind the Aramco attacks is groundless." The accusations, he says, come in "the context of pressure" on Tehran in light of Washington’s attempts to start talks on a new nuclear deal.

"If Washington wants a dialogue with Iran, they must stop all the pressure, otherwise it’s not possible," he added.

The Iranian leader urged the countries dubbed by him as "enemies of the region" to finally realize the "power of nations," stressing that Iraq, Afghanistan, Syria and others were still there, despite years of attempts to destroy them.

"Instead of admitting that Lebanon’s Hezbollah has high capabilities and power both in scientific and military knowledge and bravery in the field, or that a part of brave young people of Iraq have liberated different cities across the country from the hands of terrorists, and instead of admitting to the growth and greatness of nations like Syria and Yemen, they ['enemies of the region'] are seeking to accuse others," Rouhani said.

Iran's defence minister, for his part, has denied that Tehran had any role in the attack.

"Quite obviously, it was a military clash between two countries. The Yemeni were one of the sides, they said themselves they did it", the minister said as quoted by the news agency ISNA.

The statements come hours after the Saudi Defence Ministry said it would present evidence of Iran's involvement in the recent attacks on Saudi Aramco's oil facilities.