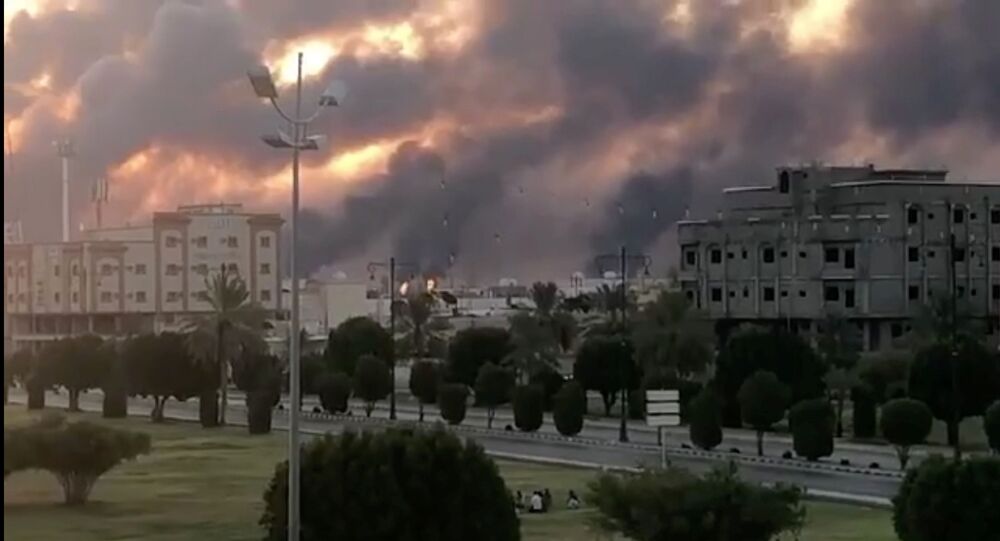 DOHA (Sputnik) - The Saudi Defence Ministry said it would present on Wednesday the evidence of Iran's involvement in the recent attacks on Saudi Aramco's oil facilities.

According to Al Ekhbariya broadcaster, a Defence Ministry spokesperson will give a press conference in this regard.

"The evidence of the Iranian regime’s involvement in the attacks on Saudi Aramco’s facilities will be provided, as well as the Iranian weapons, which were used for the strikes," the ministry said as quoted by the broadcaster.

Over the weekend, Saudi Aramco had to close two of its compounds after they were hit by drones and then caught fire. As a result, the Saudi oil production level almost halved, which triggered a surge of oil prices worldwide.

While the perpetrators of the attack remain unknown and the investigation into the incident is underway, the responsibility was already claimed by the military wing of Yemen's Houthis. The United States, in the meantime, has put the blame on Iran. Tehran has refuted the accusation.