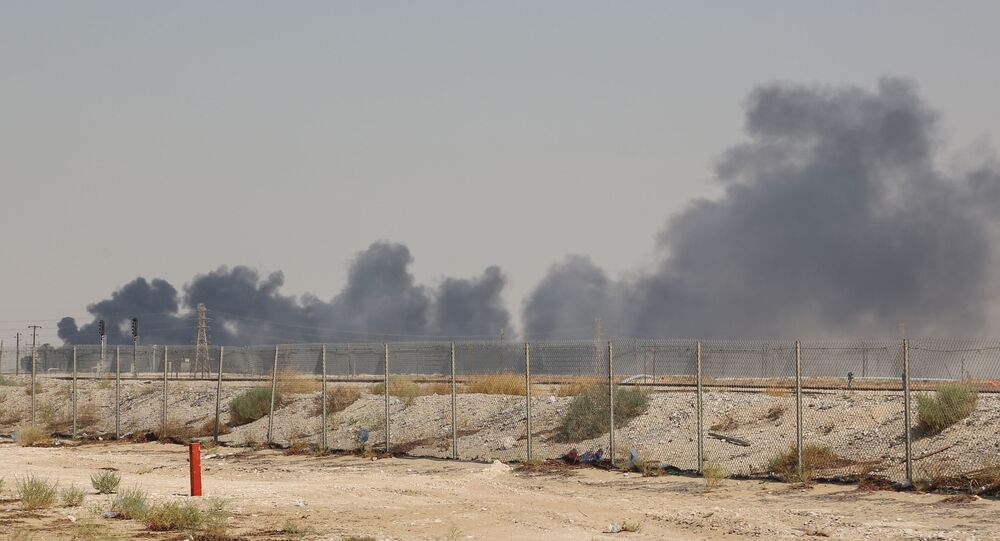 On Saturday Saudi Arabia's oil facilities were attacked by two drones, causing major fires and disrupting oil production in Abqaiq in the eastern part of the country and in Khurais, northeast of Riyadh. The attacks were claimed by Yemen's Houthi movement but the US put the blame on Iran. Tehran has refuted the allegations.

Iraq has denied media reports claiming that its territory was used to launch the drones that attacked Saudi Arabia's oil facilities on Saturday night, a statement from the Iraqi Prime Minister's press-service released on Twitter says.

"​Iraq denies reports in the press and on social media that its territory was used to attack oil facilities in Saudi Arabia using drones", the statement reads.

It also says that the constitution of Iraq does not allow the use of its territory for aggressive actions towards its neighbours. The Iraqi authorities have set up a committee to monitor reports and the latest events relating to the drone attack on Saudi Arabia's oil facilities.

Iraq also urges the warring sides in Yemen to find a peaceful solution to the conflict and refrain from "mutual attacks that cause a huge damage to facilities and claim people's lives," according to the statement.

Two drones attacked Saudi Arabia's oil facilities on Saturday night, causing major fires and disrupting oil production. Yemen's Houthis claimed responsibility for the attacks but the US has blamed Iran for the incident. Tehran has rejected the allegations.