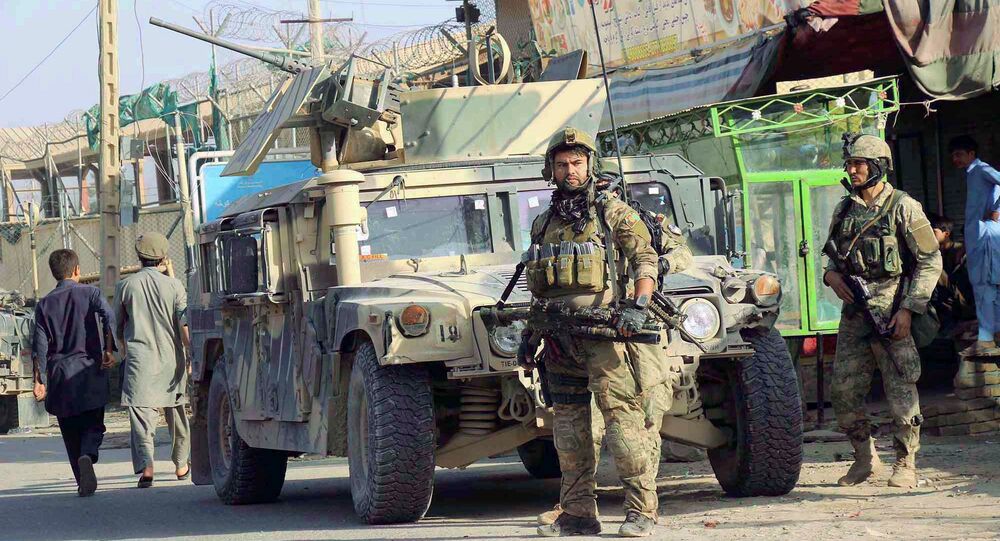 KABUL (Sputnik) - The Taliban movement said on Saturday that 10 Afghan national police officers had been killed in the group's attacks on four areas of the country's northern city of Kunduz.

"The fighting continues to intensify and 10 policemen were killed," the movement's spokesman, Zabihullah Mujahid, said.

Local media reported that fighting was underway on the outskirts of the city.

Afghanistan's elite special forces have been dispatched to the areas where the clashes with the Taliban have erupted. The security forces said the situation is under their control.

Afghan Defense Ministry's spokesman Rohullah Ahmadzai has confirmed that the Taliban had launched an attack on the government forces.

"The Taliban have launched an attack from four sides," Ahmadzai said, adding that security forces had withdrawn from the line of fire and were being cautious to avoid civilian casualties.

Conflict-struck Afghanistan has been long torn by fighting between government troops and the Taliban, who are currently negotiating a peace deal with the United States.