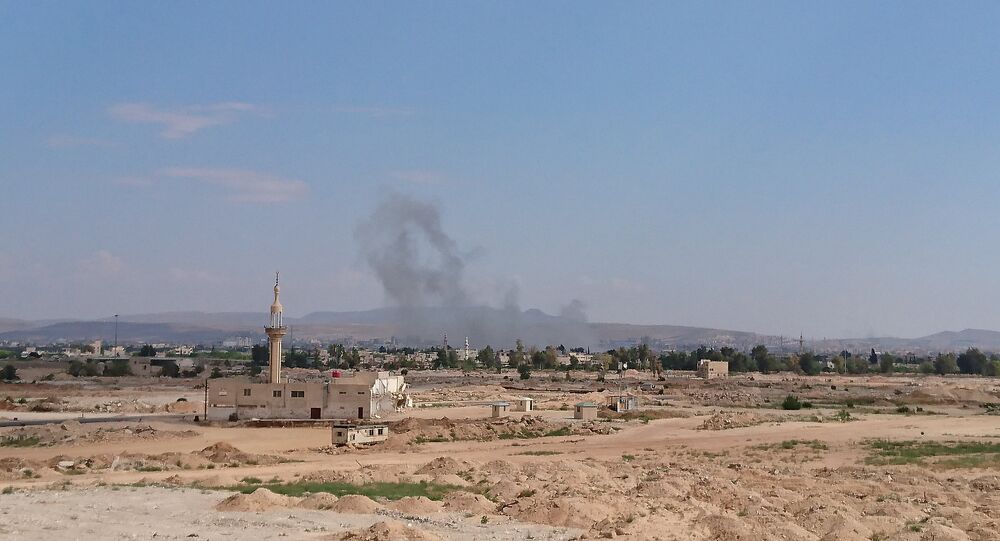 MOSCOW (Sputnik) - The Secretary of Iran's Expediency Discernment Council, an advisory body under the supreme leader, has refuted Israeli military’s claims that Iranian forces were hit in its overnight airstrikes near Damascus.

"The United States and Israel are incapable of attacking Iranian centres and positions, and Israel's claim that Iranian positions became their target is a lie ... Our [military] advisory centres were not affected", Mohsen Rezaee told the ILNA news agency.

He added that the activities of Israel and the United States in Syria ran counter to the international law, pledging that the "defenders of Iraq and Syria will soon respond to it".

Earlier on Sunday, the Israel Defence Forces (IDF) said that they attacked what it describes as Iranian forces and "Shiite Militia targets" in Syria. The IDF claimed that the operation was meant to prevent a "pending, large-scale attack of multiple killer drones on Israel".

Israel has been strongly opposing Iran's alleged military presence in Syria, fearing Tehran might gain increased influence in the region. Iran maintains that it has only its advisers in the Arab republic, who are present there at the request of the Syrian government, while the US presence and Israel’s regular attacks on Syria have no legal basis.