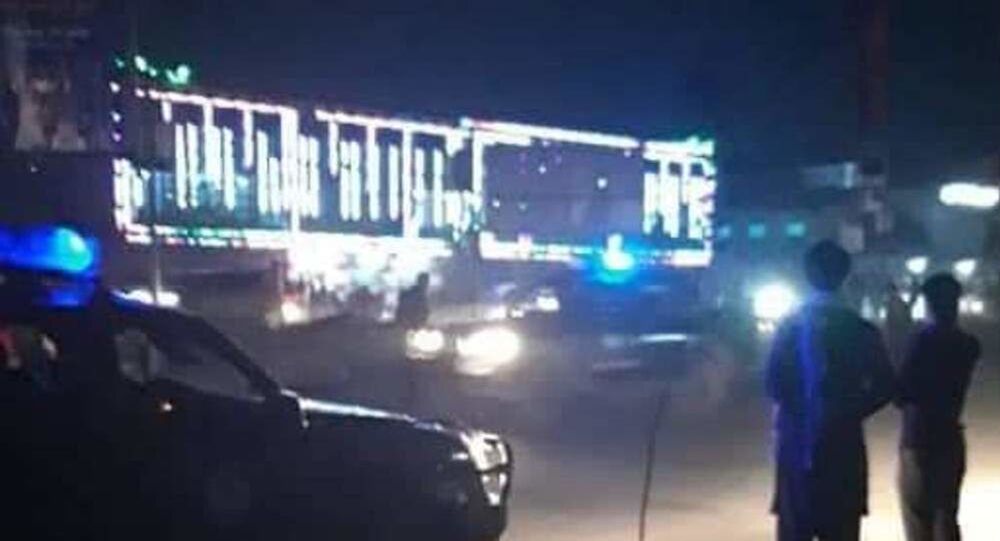 An explosion reportedly occurred at the Dubai City wedding hall, located in the west of Afghanistan's capital at 10:40 p.m. local time (18:10 GMT), prompting people to leave the targeted area.

The interior ministry said Sunday, cited by local Tolo News media outlet, that a suicide bomber killed 63 people and wounded 182 in an attack on a wedding reception in the Afghan capital on Saturday night.

Earlier, the same news outlet reported, citing sources, that at least 40 people were killed in the blast.

Following the initial report, spokesman for the Interior Ministry Nusrat Rahimi said, cited by Reuters, that the "the blast caused civilian casualties", adding that multiple people were injured.

Eyewitnesses shared earlier photos and video from the site where the explosion allegedly occurred.

Video of the incident at a wedding hall in Kabul showing people are shocked and trying to run away from the site.#Kabul#Afghanistan pic.twitter.com/peFYV4xdpF

According to the earlier statement of the Italian-run Emergency hospital of Kabul, at least 20 people were wounded in the blast.

"Devastated by the news of a suicide attack inside a wedding hall in Kabul. A heinous crime against our people; how is it possible to train a human and ask him to go and blow himself (up) inside a wedding?", spokesman for President Ashraf Ghani, Sediq Seddiqi said, cited by AP.

Kabul's huge wedding halls are reportedly centres of community life in a city with large amounts of money spent on a single evening.

The explosion hit the capital city of Afghanistan after a purported Taliban car bomb exploded in the western part of the city over a week ago, killing 14 and injuring 145, AP said.

The latest attack came a few days after the end of the Muslim holiday of Eid al-Adha, with Kabul residents visiting family and friends, and just before Afghanistan marks its 100th independence day on Monday.

The bombing came as the eighth round of peace talks between the Taliban and the United States ended earlier in the week with no major breakthrough.

Washington and the Taliban are attempting to reach a peace deal that would include the withdrawal of foreign troops from Afghanistan with assurances that the country will not be used as a safe haven for terrorists.

The Taliban has reportedly denied responsibility for the blast at a west Kabul wedding hall on Saturday night, Reuters said.

War-torn Afghanistan, which has been in turmoil for decades, is split by heavy fighting between government troops and Taliban militants, as well as groups affiliated with al-Qaeda and other insurgents.

*Taliban, al-Qaeda are terrorist groups banned in Russia and many other countries.