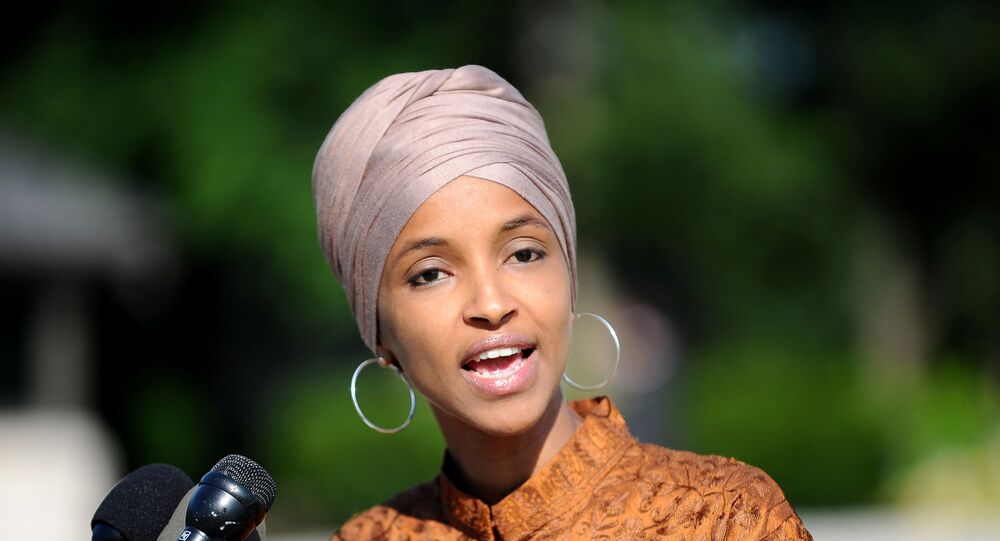 Ilhan Omar, one of the first two Muslim women in Congress, supports the pro-Palestinian Boycott, Divestment and Sanctions (BDS) cause against Israel and has courted controversy over her comments on the influence of pro-Israel lobby on US politics.

Shurat HaDin-Israel Law Centre is calling on Interior Minister Aryeh Deri to forbid Omar to visit Israel due to her support for the BDS movement, an international pro-Palestinian boycott campaign against Israel.

Shurat HaDin is cooperating with Western intelligence agencies, law enforcement branches and volunteer lawyers to fight terrorism and safeguard Jewish rights through legal actions, according to its website.

The Knesset passed an amendment in 2017 that enabled the government to prohibit any foreigner who “knowingly issues a public call for boycotting Israel” from entering the country.

Ilhan Omar and fellow Muslim Democratic congresswoman, Rashida Tlaib, plan on visiting Israel and the Palestinian territories in August. Both back the Palestinian movement; Omar got embroiled in a major controversy in February after she suggested that lobbyists could be paying American politicians to take pro-Israel positions.

Donald Trump, who is stepping up his rhetoric against the Democrats ahead of the upcoming clash for presidency, has been one of the most vocal critics of Omar and the rest of ‘the Squad’ – a group of four Democratic congresswomen strongly critising his conservative policies that includes both Omar and Tlaib.

He has claimed that Omar “hates Jews” and has a history of “launching vicious anti-Semitic screeds.”

Omar and her party alike flatly reject the allegations.

Israel’s US embassy reassured earlier in July that it wouldn’t prevent Omar and Tlaib from visiting Israel despite accusations of anti-Semitism.

“Out of respect for the US Congress and the great alliance between Israel and America, we would not deny entry to any member of Congress into Israel,” Israeli envoy to US Ron Dermer told The Times of Israel.