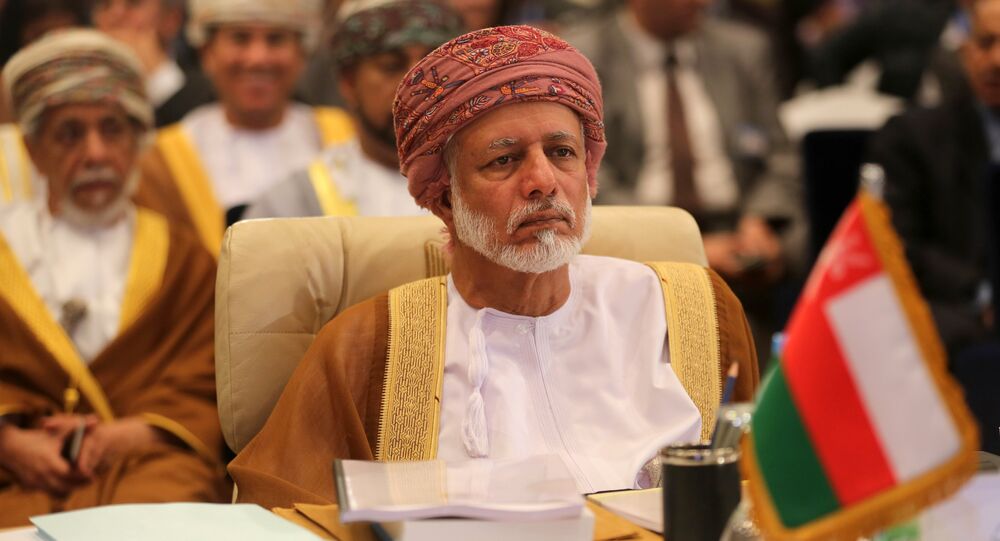 MOSCOW, (Sputnik) – Oman and Iran are coordinating navigation in the Strait of Hormuz, a strategic waterway that links the Gulf of Oman and the Persian Gulf, Omani Foreign Minister Yusuf bin Alawi said.

"There is coordination between the Sultanate [of Oman] and the Iranian side on organising navigation as it relates to the passage through the Strait [of Hormuz]. Coordination is at a high technical level", bin Alawi told the Oman TV broadcaster on Sunday.

He noted that Oman, while concerned about the safety of navigation in the strait, was not a mediator for regional conflicts.

On Saturday, bin Alawi met with his Iranian counterpart Javad Zarif in Tehran where the two sides stressed the importance of cooperation between the two nations.

In May, Omani officials said Muscat was ready to mediate talks between Tehran and Washington amid rising US-Iranian tensions.

Tensions in the Strait of Hormuz had further escalated earlier in July when Iranian forces seized a UK-flagged oil tanker in the waterway in response to a UK seizure of an Iranian oil tanker off the coast of Gibraltar. Following the incident, the US military said it was developing an intentional maritime security framework dubbed Operation Sentinel to enhance security in the Persian Gulf, Strait of Hormuz, the Bab el-Mandeb Strait and the Gulf of Oman.