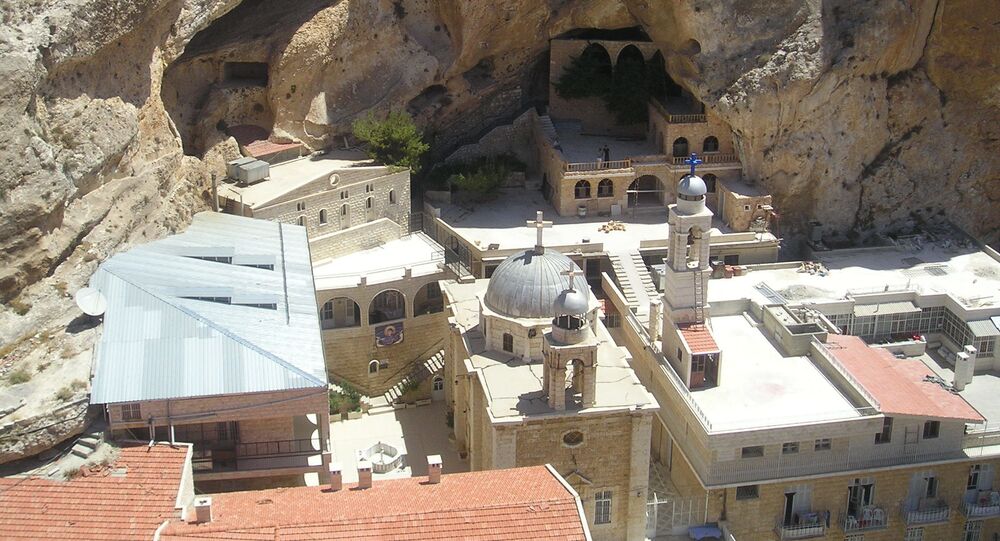 In 2013, when al-Qaeda linked jihadist militants captured the predominantly Christian town of Maaloula, Syria, scores of its residents were murdered, with others forced to flee, turning the mountainous community into a ghost town.

The Syrian Arab News Agency has released a report about the effort to restore the square in the town of Maaloula, with workers seen laying paving bricks in the city center among the partially ruined buildings.

The town, situated about 50 km northeast of Damascus, is one of only three remaining villages in the world where the Western Neo-Aramaic language is spoken. Aramaic was known to be the language of Jesus.

Before the Syrian war, Greek Orthodox and Melkite Greek Catholic Christians and Muslims lived side-by-side in the town, with the area home to two important and ancient monasteries – the Greek Orthodox Mar Thecla convent, an ancient complex partially built into the mountainside, and the Eastern Catholic Mar Sarkis monastery, as well as an ancient mosque.

The remains of several other religious sites are also located in the town, which was once a popular destination for pilgrimages.

In 2013, at the height of the war in Syria, al-Nusra,* an al-Qaeda-linked terrorist group operating in Syria, took over Maaloula after battles with the Syrian Army. The terrorists would later battle it out with Daesh (ISIS),* a rival jihadist group, for control of the strategic town.

During the war, the terrorists killed scores of local residents and forced hundreds of others to flee, looting the religious sites and taking over a dozen Orthodox nuns as hostages, who were released in a later prisoner exchange deal. The Syrian Army recaptured Maaloula in April 2014, and painstaking restoration work began in 2017.

In January, the Greek Orthodox Church of Antioch reported that nuns had returned to the Orthodox monastery in the town.