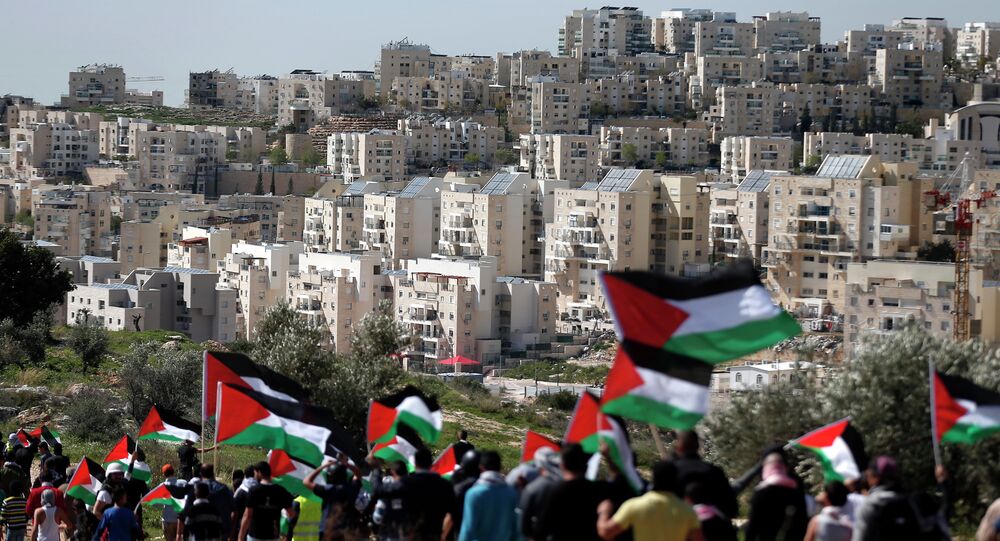 The International Atomic Energy Agency (IAEA) admitted Palestine as a non-voting observer member of the organization on Tuesday. It’s the latest move by the Palestinian National Authority (PA) in its effort to make a case for legal statehood by joining international organizations.

The agreement gives Palestine non-voting status in the organization, which regulates the peaceful use of nuclear technology. Palestine has no nuclear weapons or even nuclear power plants, but its universities and hospitals do have some amount of nuclear material, including fissile material like uranium that could be dangerous if improperly stored or secured. Since Palestine is now a member, IAEA inspectors will now have access to those facilities for inspection.

Abdul Shafi told Wafa, the PA’s news agency, that the signing of the agreement “is further proof that the State of Palestine shoulders its international responsibilities as an active member of the international community.”

The PA, which governs the West Bank and in theory jointly governs the Gaza Strip as well, has joined other international organizations, including the UN Educational, Scientific and Cultural Organization (UNESCO) in 2011 and the International Bank Account Number (IBAN) system in 2012, for a total of 27 groups.

The Palestine Liberation Organization formally declared independence from Israel in 1988, and in 2011 the PA adopted a Statehood 194 plan to win recognition from every UN member state.

The quest is judged necessary because, although Palestine is recognized as a state by 137 other countries and was extended de facto recognition by the UN in 2012, Israel’s ally, the United States, has veto power over the Security Council, which submits recommendations to the UN General Assembly for state membership.

"This is another attempt by the Palestinian Authority to join international organizations in order to exploit them for political purposes," a Foreign Ministry spokesman said. "Israel does not recognize the attempts of the PA to join such organizations and such institutions as a state, and Israel views this as a violation of international agreements."

It’s unclear how the IAEA will define the limits of the State of Palestine, as much of the territory claimed by Ramallah is governed by the Israelis, including East Jerusalem, which the PA claims as their state’s capital but which Israel has illegally annexed and declared to be its own capital. US President Donald Trump contravened numerous UN Security Council resolutions in December 2017 when he recognized Israel’s claim.

That matters because Israel only permits escorted inspections of sites on its territory by IAEA inspectors.

Reuters noted the decision may form a conundrum for Washington, too, as the US is prohibited by several laws dating to the 1990s from funding any UN organization that gives full membership to a group that does not have “internationally recognized attributes” of statehood - a clear swipe at Palestine and other regions around the world that declared their independence in the 1990s, such as Transnistria and Abkhazia.

The IAEA isn’t a UN organization, but it does report to the UN, so it’s unclear how the US will respond. According to the Congressional Research Service, the US provides roughly $200 million a year in funding to the agency.