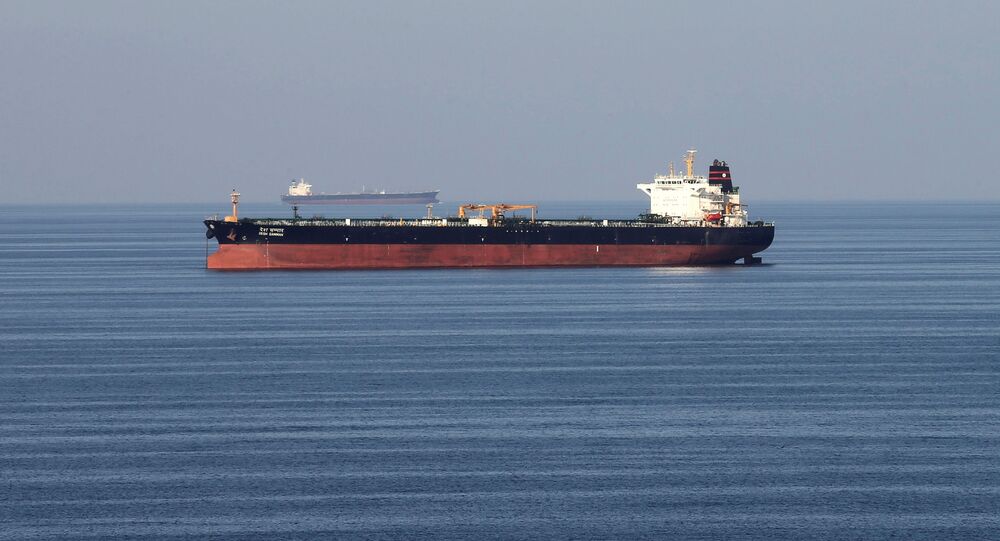 Earlier in the day, Iranian IRNA news agency reported that the country's rescue services saved 44 sailors from tankers after a reported attack and took them to the Iranian port of Jask.

According to contradictory reports, the Front Altair oil tanker, belonging to Norway’s Frontline company, has sunk after being reportedly attacked in the Gulf of Oman.

The company's spokesman denied media reports that the oil tanker has sunk, saying that it was still afloat but on fire, while Iran's IRNA news agency and Lebanon’s Al-Mayadeen broadcaster claimed that the tanker submerged into the waters of the Gulf.

© AFP 2021 / ATTA KENARE
Iran Rescues 44 Sailors From Two Oil Tankers After Suspected Attack in Gulf of Oman − Reports
Though no confirmation has been provided so far, Taiwanese state energy company CPC said earlier in the day that its oil tanker delivering fuel from the Middle East had been hit by a torpedo.

A representative of the Oman border guard, Nasser Selim, has confirmed to Norwegian newspaper Dagbladet that at least one oil tanker had suffered an attack in the Gulf of Oman.

Earlier in the day, Iran's Press TV said that two successive blasts affected two oil tankers on Thursday morning in what was described as "attacks".

The incident comes a month after another attack on vessels occurred in the Gulf of Oman. On 12 May, four oil tankers — two Saudi, one Emirati and one Norwegian — were targeted off the coast of Fujairah in what the UAE Foreign Ministry described as acts of sabotage.