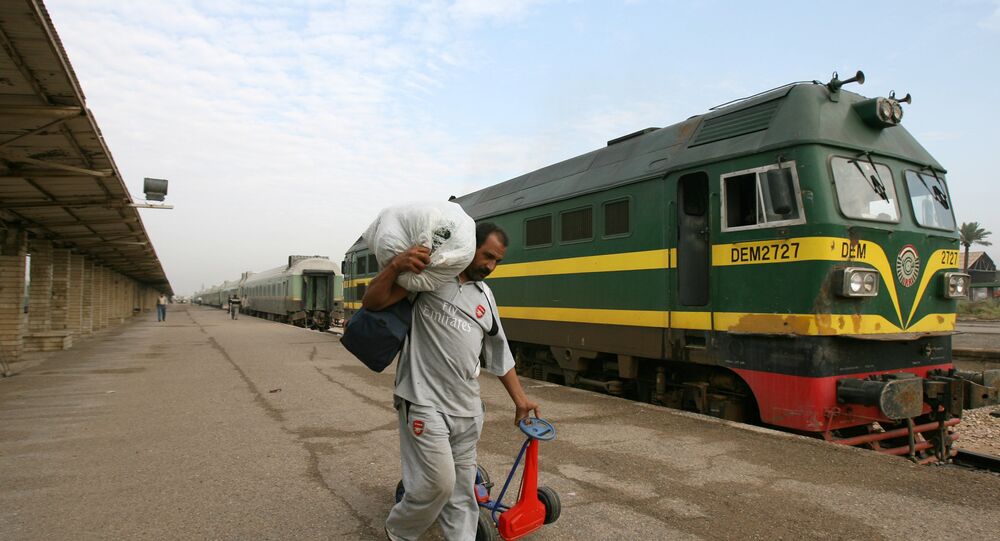 DAMASCUS (Sputnik) - Syria, Iran and Iraq plan to hold a trilateral meeting on the connection of their railway systems into one, media reported citing a source in the Syrian Ministry of Transport.

"Now, the countries are working on the resumption of the project connecting the railways of Syria, Iran and Iraq and are determining the date of the meeting between the representatives of the countries to develop the points of view", a source told the al-Watan newspaper on Saturday.

The aim of the strategic project, which was launched before the outbreak of the Syrian crisis in 2011, is to provide Baghdad and Tehran with access to Syrian ports, according to the source.

© AP Photo /
Over 450 Refugees Left Syria's Rukban Camp in Past 24 hours - Russian Military
Prior to the crisis, the Syrian side has completed 97 percent of the project, however during the war most railways have been destroyed, according to the source.

Syria has been in a state of civil war since 2011, with government forces fighting against numerous opposition groups and terrorist organizations. In late 2017, the victory over the Daesh terrorist group was declared in Syria and Iraq.