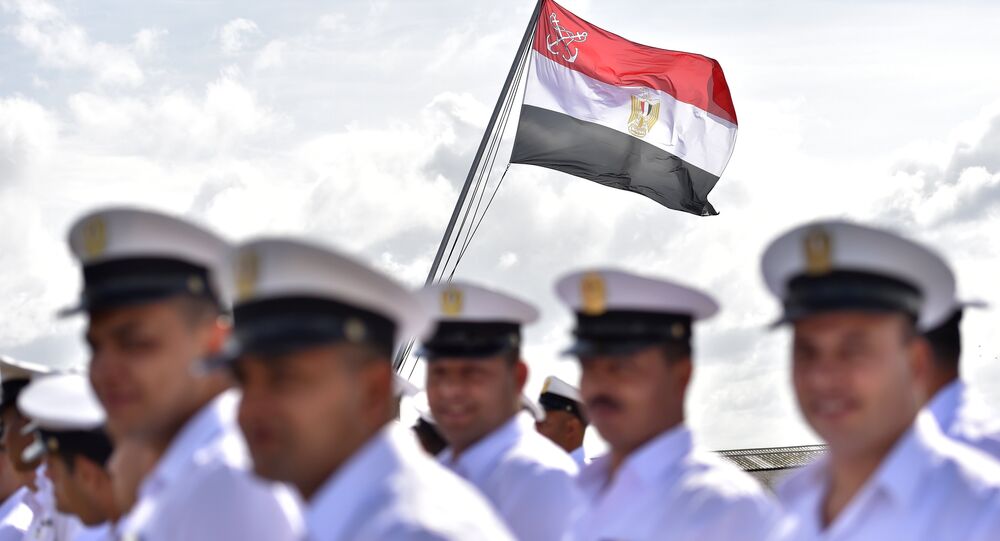 The news comes just one day after the Egyptian president’s visit to the White House.

Also known as "Arab NATO," the alliance is supposed to include Jordan, the United Arab Emirates, Saudi Arabia, Bahrain, Oman, Kuwait, and Qatar. Cairo, however, has reportedly decided to pull out from the group over fears of damaging its relations with Iran, the sources said.

© AP Photo / Sait Serkan Gurbuz
Pompeo Says Egypt’s Purchase of Russian Su-35s Will Lead to Sanctions - Report
Additionally, the sources said Egyptian authorities were partially motivated by uncertainty over President Trump's re-election and whether his successor would scrap the entire initiative — just like Trump himself scrapped the Iranian Nuclear Deal.

Cairo's decision is believed to have inflicted a blow on Trump's strategy of curbing Iranian influence in the region, Reuters report says.

The initiative, proposed by Saudi Arabia back in 2017 as a means to limit Russian and Chinese influence, was supported by US National Security Advisor John Bolton.