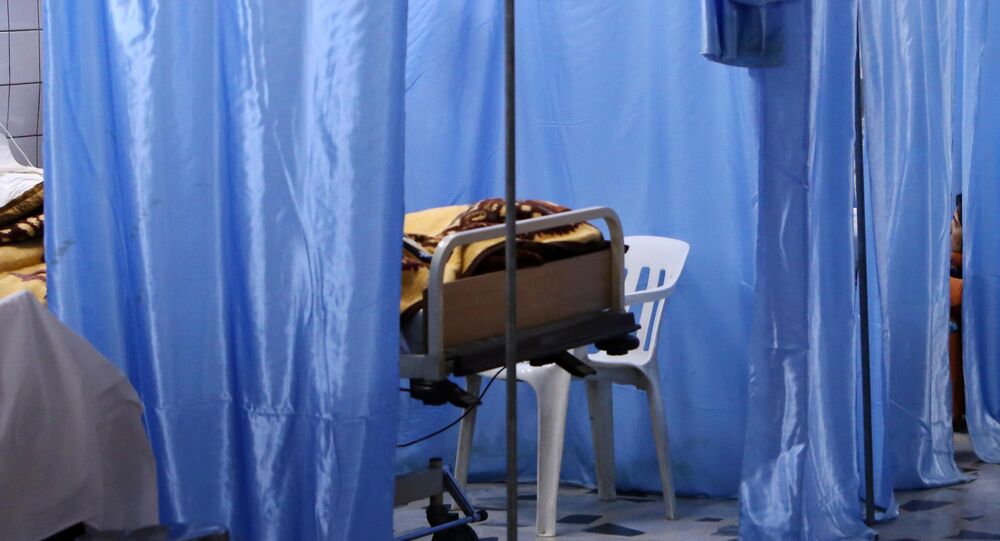 MOSCOW (Sputnik) - Around 90 people have experienced asphyxiation due to the leak of chlorine in Iraq's eastern city of Kut, Sayf Badr, the spokesman of the country's Healthcare Ministry has told local broadcaster.

"Around 90 people have been injured due to the leak of chlorine at a water purification station in the city of Kut in the province of Wasit", Badr said, quoted by the Alsumaria TV channel. The spokesman added that the suffocation cases ranged from mild to moderate.

According to media reports, the water poisoning cases in Iraq are not rare. In 2018, the UN recorded in the Iraqi southern Basra 111,000 people who had contracted various illnesses from polluted water.

Mass protests reportedly engulfed Basra last July over the water crisis. Local residents called on the government to address the issue and the electricity shortages. The Iraqi government has reportedly called in the military to maintain order after demonstrations turned violent and led to multiple deaths and injuries among civilians.

© REUTERS / Stringer
Six Iraqi PMF Forces Members Killed in Daesh Attack in Northern Iraq
Iraq has been in a state of instability for years because of the ongoing insurgency of numerous armed groups and strained relations with the Iraqi Kurdistan region, which has been attempting to secede from the country.

The situation in Iraq was significantly destabilized in 2014, when the Daesh terror group, seized huge territories in the northwestern part of the country, including Mosul. Three years later Iraqi authorities announced that the terrorist group had been driven out of the country and the Iraqi military would continue to carry out counterterrorism operations against Daesh cells.

READ MORE: Pentagon Does Not Confirm Plan to Pull Out From Syria Through Iraq by April 1

*Daesh (also known as ISIS/ISIL/IS) is a terrorist group banned in Russia and manu other countries.

City in Ruins, Attempts to Start Over: How Iraq’s Mosul Lives After Liberation