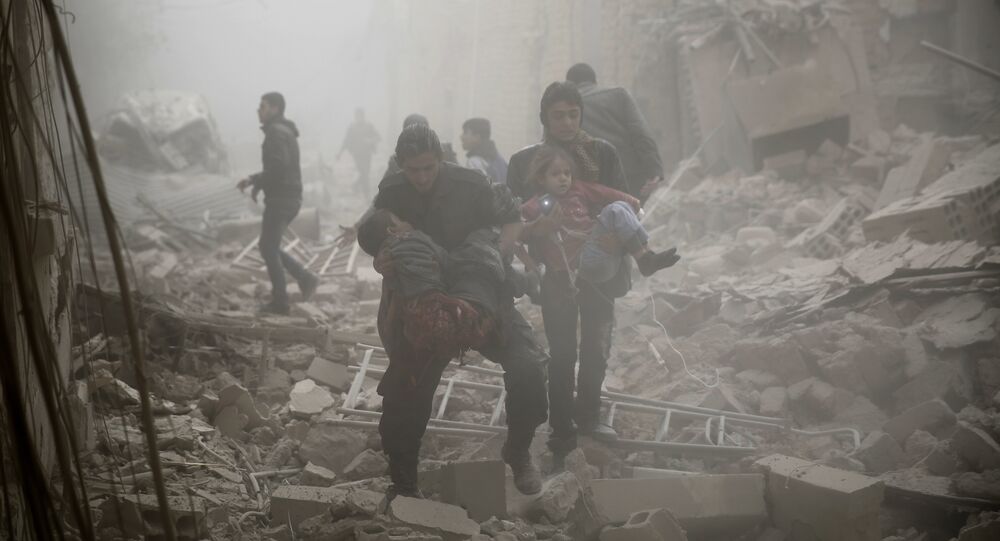 MOSCOW (Sputnik) - Moscow is concerned that the final report issued last week by the Organisation for the Prohibition of Chemical Weapons (OPCW) on the alleged use of chemical weapons in Syria's Douma ignores facts provided to the investigators by Russia and Syria, the Russian Foreign Ministry has stated.

"We are concerned that the mission prefers to completely ignore the substantial information provided by the Russian and Syrian parties confirming that this chemical incident had been staged by the pseudo-humanitarian organisation White Helmets", the ministry said.

The ministry also expressed concern that the information provided by a number of Western journalists on the staged nature of the incident had been ignored. The vague conclusions of the report suggest that the document was seeking to justify the airstrikes by the US-led coalition shortly after the reports on the Douma attack, the ministry said.

"Russian experts in the field will carefully study the final report of the OPCW [Fact-Finding Mission in Syria] on the incident in the city of Douma and will soon share their assessments and considerations on this matter in detail with the international community", the ministry added.

According to the ministry, the evasive conclusions made by the OPCW experts about the fact that there are "reasonable grounds" that chlorine had been used as a chemical weapon in the city of Douma, unfortunately suggest that the only purpose of the report was to justify an act of aggression, held on 14 April 2018 by the United States, the UK and France in violation of the UN Charter against a sovereign state.

© AP Photo / Peter Dejong
OPCW Releases Doc Claiming Chlorine Used in Attack in Syria's Douma Last Year
The OPCW investigation was launched after the White Helmets group published a video of the reported attack in Douma, which is located in the Damascus neighbourhood of Eastern Ghouta. The video allegedly showed local residents, both adults and children, being treated in the hospital after what they claimed was a chemical attack.

The reports about the attack and the publication of the footage by the White Helmets were followed by missile strikes carried out by France, the United Kingdom and the United States on alleged chemical weapons production facilities in Damascus.