BEIRUT (Sputnik) - Damascus denounces London's move on listing Lebanese movement Hezbollah as a terrorist organization and sees it as another piece of evidence of UK "historical hostility" toward the Arab world, the Syrian Foreign Ministry said on Friday.

"Syria strongly condemns the decision of the UK government to include Hezbollah in the list of ‘terrorist organizations’ […] This decision confirms the UK historical hostility against the Arab world", the ministry said, as quoted by the Syrian state television.

The ministry noted that London itself, meanwhile, harbored a number of groups with radical views. 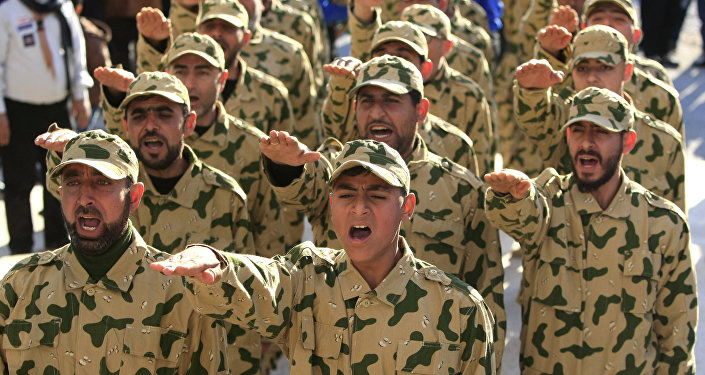 © AP Photo / Mohammed Zaatari
Lebanon on UK's Plan to Ban Hezbollah: 'Resistance Is Not Terrorism'
"The legality of Hezbollah is ensured by international law and the UN Charter, rather than a biased decision of the government with a dark past related to the enslavement of peoples and violations of their rights", the statement said.

On Monday, UK Home Secretary Sajid Javid announced that he was submitting to parliament a government bill completely banning Hezbollah's political and military wings and criminalizing the membership of the movement with a punishment of up to 10 years in prison.

Meanwhile, the US Department of State welcomed Friday the UK bill on criminalizing the movement.

The UK officially banned entirety of Iran-sponsored terrorist group Hizballah. We applaud this important step. As UK’s Home Sec said, there is no distinction between Hizballah’s military & political wing. We call on other countries to follow the UK lead.
https://t.co/q70vLJX3vH

The Iran-backed Hezbollah, established in the 1980s, is a paramilitary and political organization originating in Lebanon's Shiite population. The group initially aimed to end Israel's occupation of southern Lebanon. Hezbollah's military wing is also currently active in Syria, where it is fighting on behalf of the government of President Bashar Assad.

The movement’s political wing, meanwhile, is actively involved in the political process in Lebanon, with its representatives having secured a few seats in the newly-established cabinet, which was formed in January.