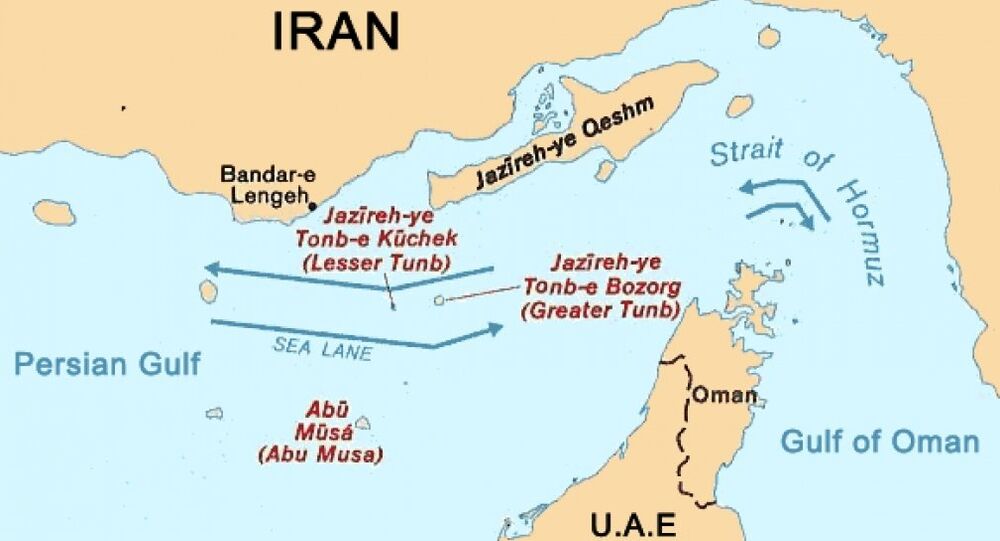 Earlier, Iranian officials indicated that the country has "multiple methods" of blocking the key strategic waterway, but added that they have no desire to do so as long as Iran isn't provoked.

Islamic Revolutionary Guard Corps Navy commander Rear Admiral Alireza Tangsiri has indicated that the Strait of Hormuz would remain open so long as Iran was able to export its oil through the strait.

"As long as Iran is able to export its oil through the Strait of Hormuz, and there is no obstacle restricting the departure and arrival of our ships, the waterway will remain open," Tangsiri said, speaking to Iran's Arabic-language tevision channel Al-Alam, according to Tasnim News Agency.

Earlier, Ali Shamkhani, secretary of Iran's Supreme National Security Council, said that Iran had developed and implemented a number of initiatives "that would neutralize the illegal US sanctions against Iran's export of oil." The official added that he "hoped" Iran would not have to use one of the "multiple methods" at its disposal of blocking the Strait of Hormuz.The strategic waterway, situated between the Persian Gulf and the Gulf of Oman, is a key energy transit point, with roughly 20 percent of the world's oil, and about a third of all petroleum shipped by sea, passing through it.

© AP Photo / Vahid Salemi
IRGC General Vows to Defend Disputed Islands in the Gulf, Slams US Presence
The Trump administration slapped Iran with oil-related sanctions in November, as part of a broader package of restrictions announced last May following Washington's withdrawal from the 2015 Iran nuclear deal.

Earlier this month, Iranian media reported that the country's oil revenues jumped by nearly 50 percent in 2018 despite the US sanctions.