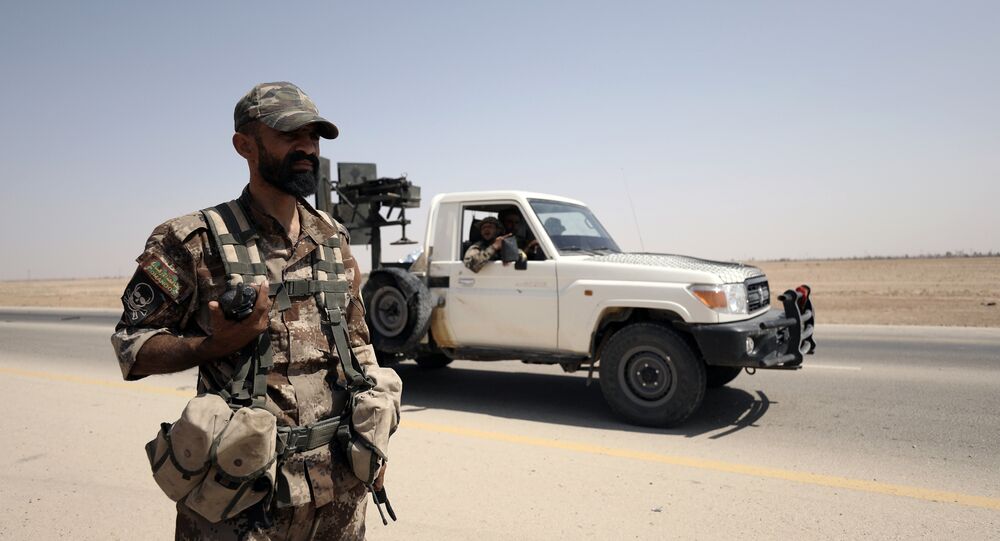 CAIRO (Sputnik) - The remaining militants from the Daesh terrorist group* are entrenched in a small area of Baghouz, the last terrorists-held village in Syria, head of the Kurdish-led Syrian Democratic Forces’ (SDF) Media Center Mustafa Bali told Sputnik on Saturday.

A number of media outlets reported earlier in the day that the SDF had taken control of all of Baghouz.

"The Baghouz area has surrendered in military terms but the liberation [operation] is not over yet. Militants have entrenched themselves in the 700 meters [2,296 feet] long and [700 meters] wide territory, they continue using civilians as human shields. There are thousands of captives in that area," Bali said.

The spokesman also denied media reports claiming that the SDF was negotiating with Daesh.

2/2- IS Jihadists using tunnels and suicide bombers were mounting a desperate defense today from their last square kilometer in eastern #Syria. Forces led by the #Kurds approached the small town of Baghouz, where EI fighters and their relatives were, many famished families. pic.twitter.com/t5TOstCGiN

As the US-backed Kurdish forces noted, quoted by VOA, the terrorists had blocked the road leading to the SDF to prevent civilians from leaving the area. As one of SDF fighters reportedly stated, families of Daesh militants are among fleeing civilians.

*Daesh, also known as ISIS, ISIL, IS is a terrorist group, banned in many countries, including Russia