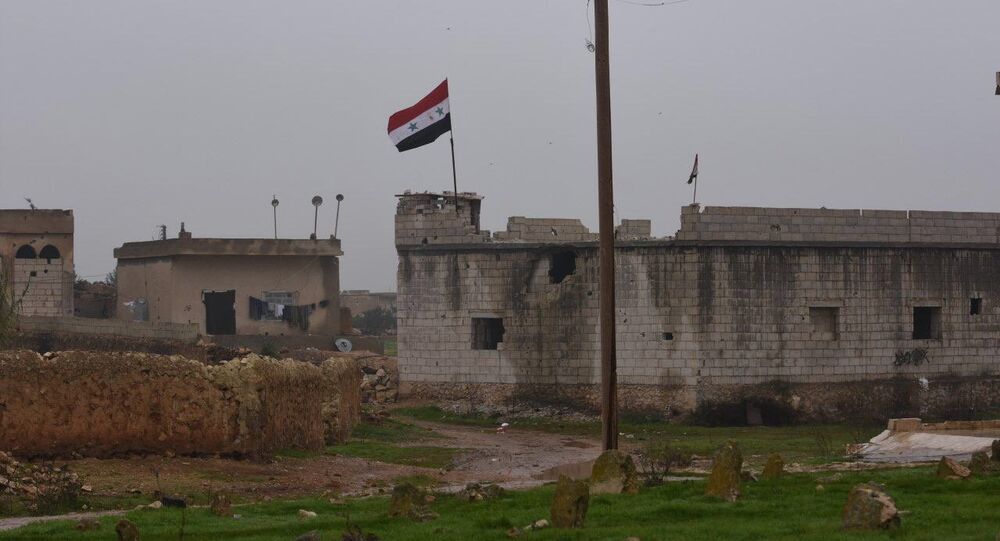 "In no case can we facilitate provocations by the Syrian regime [Damascus] in Manbij, as well as attempts by members of the YPG to open the door to the regime's forces. Clearing the YPG out of Manbij is a matter of national security for us. The terrorist attack in Manbij once again showed the importance of clearing the region of terrorists and the need to implement the road map for Manbij," Aksoy told reporters.

© REUTERS / Rodi Said
Trump Vows to Exit Syria Despite Manbij Attack Killing US Soldiers
His comments come after on Wednesday, about two dozen people, including up to five US servicemen, were killed in Manbij in an explosion for which the Daesh* terrorist group claimed responsibility.

In December, the YPG announced its withdrawal from Manbij and called on Damascus to take control of the city to protect the area in the event Ankara launched a military operation against the Kurds.