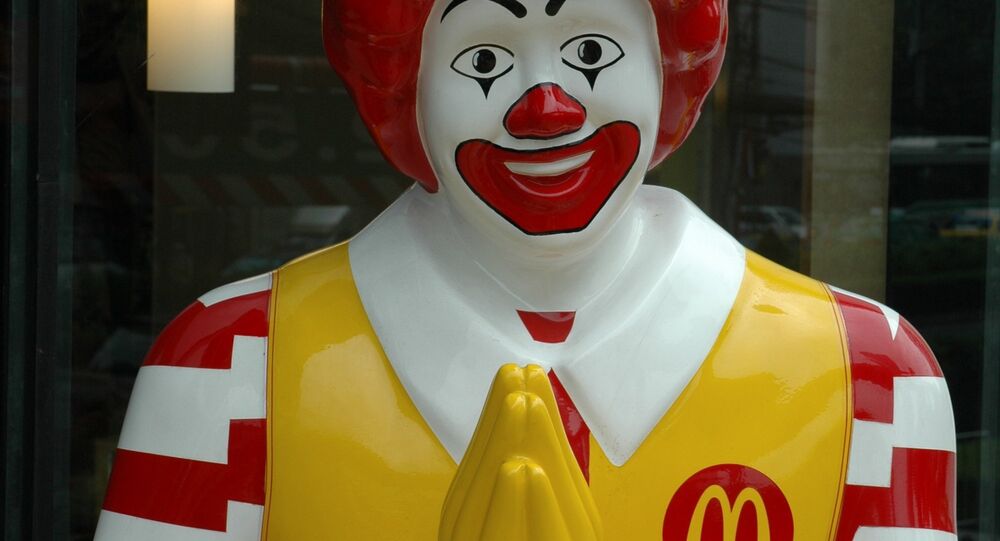 Prior to the protests, Israeli Culture Minister Miri Regev contacted the museum administration and urged them to remove the sculpture, arguing that the disrespecting of "religious symbols sacred to many worshippers in the world as an act of artistic protest is illegitimate".

Hundreds of Arab Christians clashed with Israeli police in a protest on Friday in the city of Haifa over a controversial museum exhibit, The Times of Israel reports.

The clashes erupted when protesters attempted to force their way into the Haifa Museum of Art, prompting law enforcement forces to deploy stun grenades and tear gas. Three officers sustained injuries after being pelted with rocks.

​According to the newspaper, the protests were sparked by a sculpture known as "McJesus", which depicts fast-food chain McDonald’s mascot Ronald McDonald on a cross.

​The sculpture, made by Finnish artist Janei Leinonen, was put on display at the museum in August as part of the "Sacred Goods" exhibition which also "features a number of other pieces depicting Jesus", including one of him as a Ken doll, as well as imagery related to other religions.

© Sputnik / Ahmed Abed
Palestinians Hold Protests at Gaza Border
Reacting to the protests, Haifa Museum Director Nissim Tal said that after conversing with local officials and church leaders, they decided to put a warning sign at the entrance to the exhibit to alert visitors that it contains "potentially offensive content".

Israeli Culture Minister Miri Regev sent a letter to the museum administration on Thursday, urging them to remove the sculpture.

"[The] Disrespect of religious symbols sacred to many worshippers in the world as an act of artistic protest is illegitimate and cannot serve as art at a cultural institution supported by state funds," she argued.