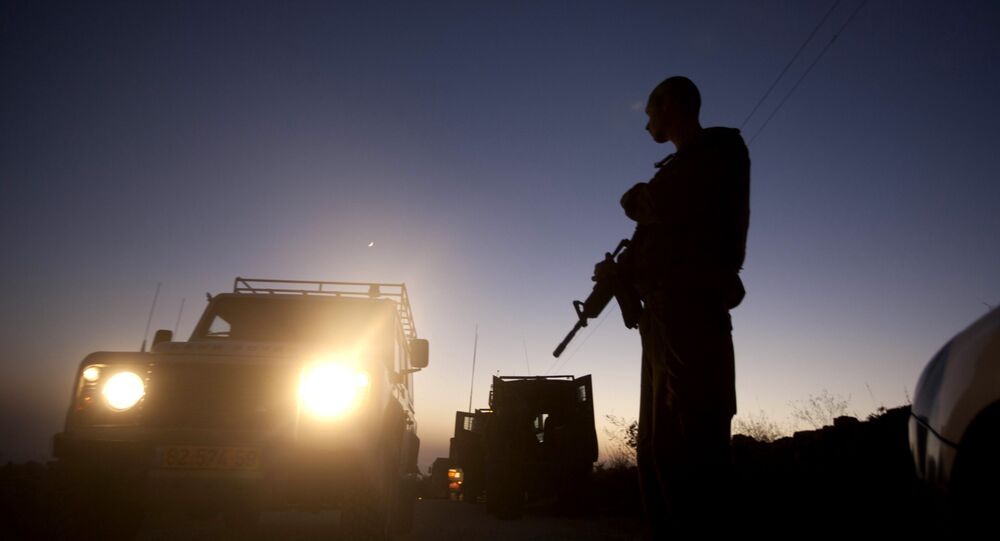 The soldiers are members of the Netzah Yehuda Battalion, a unit designed for Orthodox Jews to be able to serve in the defense force and stay true to their religious convictions. The Jerusalem Post notes the battalion receives a range of recruits, from ultra-Orthodox Israelis to immigrants and would-be settlers.

The military court hearing did not uncover when the alleged beating took place, though the military said the Palestinians were detained in the Ramallah area, a Palestinian city in the West Bank just north of Jerusalem. It's not clear what charges the five are being tried for.

The court lengthened the detention of the officer until Sunday. The four soldiers will stay locked up until next Tuesday.

These conflicts are typical in Israel, according to Ariel Gold, co-director of the anti-war organization Codepink. Israel prosecutes soldiers for crimes "on occasion," Gold tells Sputnik News, "because Israel wants to show the world: ‘Hey, look, of course we're following up on this.'"

IDF violence against Palestinians, whether it be snipers shooting at a 12-year-old Palestinian boy or beating prisoners, is "so common," Gold said Thursday.

When Gold herself was in Israel in 2017, she explained, an Israeli settler in the city of Hebron physically assaulted her while a pair of IDF soldiers watched idly. Wisely, Gold taped the incident and was eventually granted a restraining order against her assailant by a judge. "Only because I am Jewish," she said, "it made a little bit of news."

The prospect of IDF troops failing to act when a Jewish person is put in harm's way is antithetical to the purpose of a "defense force." And that's what happened. It "reflected badly on the soldiers who stood there, and in this video they refuse my endless pleas for them to intervene and protect me, and then all of that shifts when I happen to mention that I'm Jewish."

"And so they were actually punished; their unit was punished for failing to protect an American Jew against a physical assault, and their punishment was that they were no longer allowed to get coffee at the coffee shop run by that particular settler," Gold explained, noting that she learned about the disciplinary sentences in conversations with the IDF soldiers.

"I also know of many cases at demonstrations and during arrests where Palestinians… are beaten at various times, and again, nothing occurs," Gold told Sputnik.

"I don't think we've ever seen the IDF operate by any kind of rules." When pressured to probe allegations of excessive use of force, she said, "Israel investigates themselves and then exonerates themselves."