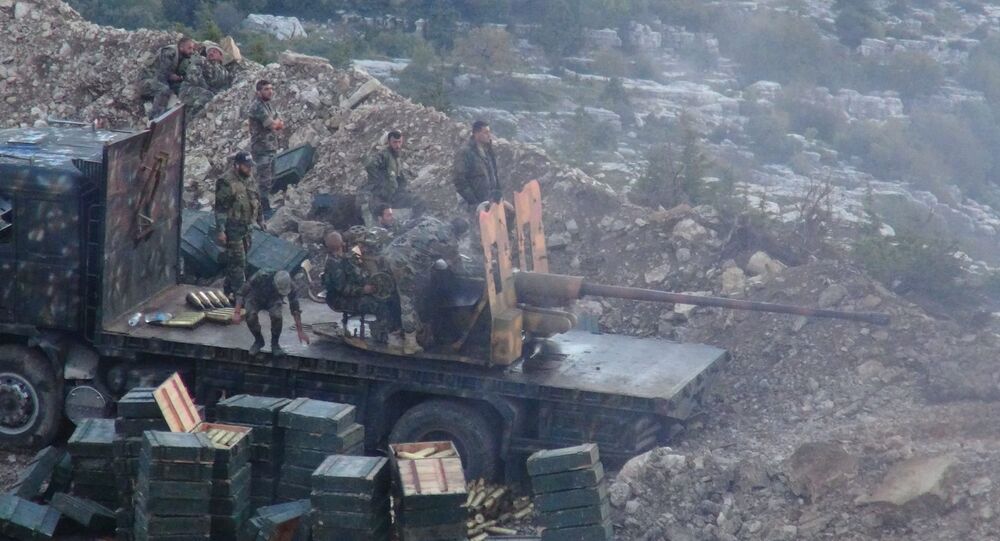 MOSCOW (Sputnik) – The Russian Center for Reconciliation in Syria said Thursday that six servicemen of the Syrian government army were killed and another five were injured in shelling by militants in Syria’s Latakia province.

"Over the past day, from the Idlib de-escalation zone terrorists have attacked Arafit, Durh-Abu-Asad and Masasna in Latakia province, Niha, Tall-Maraq and Jubbayn in Hama province as well as Sukkari district in Aleppo. Six Syrian soldiers were killed and five wounded as a result of attack against Masasna," the center’s statement reads.

© AP Photo / Militant website
Daesh Kills 700 Prisoners in Two Months as Trump Announces Group’s Defeat - Monitor
He also noted that the center carried out two humanitarian actions in the provinces of Aleppo and Homs, delivering over one tonne of food to those in need.

Muhammad Fadi Sadun, the acting governor of Idlib, told Sputnikon Monday that the threat of terrorists based in Syria's Idlib province launching a large-scale operation on the northern areas of neighboring Latakia and Hama provinces remains. In particular, Sadun stressed that militants of the Jabhat al-Nusra terror group have taken hold of the strategic section of the Latakia-Ariha highway and fire at positions of the Syrian army in the north of Hama and Latakia along the demilitarized zone.