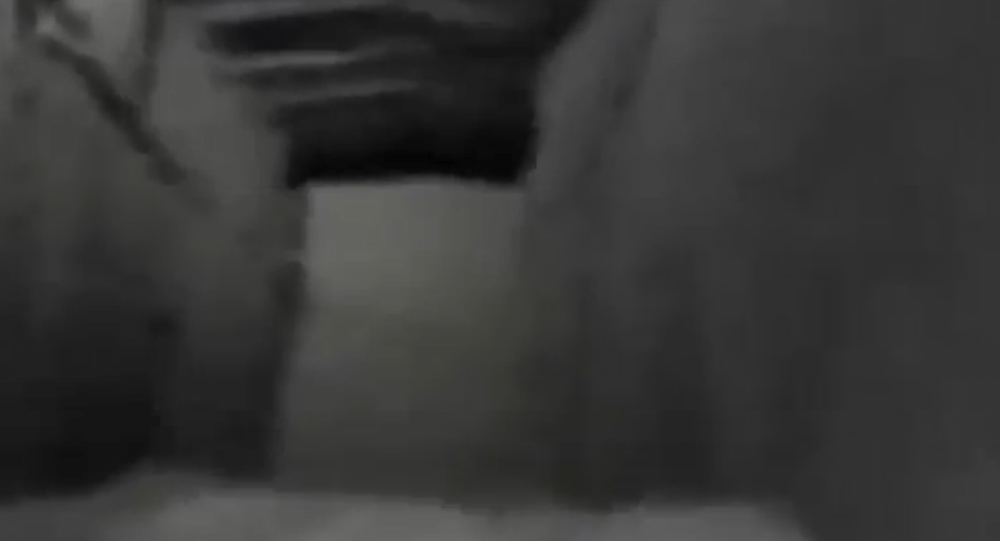 A Tuesday report by Lebanese daily al-Akhbar claimed that Israel has sought help from the Trump administration, asking them to pressure the Lebanese Army into destroying tunnels built by Hezbollah that violate the terms of the 2006 ceasefire between the two countries.

According to the report, which cites "Western diplomatic sources," the Israeli government asked the US to press Beirut to destroy a series of tunnels constructed near the Blue Line, the demarcation between Israel and Lebanon the two agreed on at the end of the 2006 war. Israel claims the tunnels violate both the Blue Line and the peace agreement and asked the US to threaten to cut aid to the Lebanese Army.

While the United Nations Interim Force in Lebanon (UNIFIL) has confirmed the existence of four tunnels discovered by the Israel Defense Forces (IDF), the force maintains these tunnels are "beyond its mandate" and refuses to deal with them, the Times of Israel notes.

The IDF released footage Tuesday of the inside of one of the tunnels, showing a "visible attempt to block the tunnel, which appears to have been carried out by the terrorist organization Hezbollah during the past few days," according to an IDF spokesperson. The report doesn't indicate which tunnel or where it is.

The #IDF has released new video documentation inside one of four #Hezbollah tunnels which infiltrated northern #Israel from southern #Lebanon pic.twitter.com/3hpuTEi4RN

​Israel's request follows another last week in which it asked the US to levy sanctions on Lebanon for its support for Hezbollah, the Shiite militant group which occupies a prominent position in the Lebanese government, according to Haaretz.

The Jerusalem Post also noted Monday that Moscow was putting pressure on Beirut to take a more active role in addressing Hezbollah's tunnels.

The Blue Line was established by UN Security Council Resolution 1701 at the termination of the 2006 war, in which Israel mounted an invasion of southern Lebanon with the intention of destroying Hezbollah. That assault stalled and was repulsed under intransigent resistance by Hezbollah and the Lebanese Armed Forces (LAF).

On Monday, Lebanese Prime Minister Saad Hariri told UNIFIL commander Maj. Gen. Stefano Del Col that Beirut "is committed to the full implementation of Resolution 1701 and respect for the Blue Line on its southern border." Hariri added, "The Lebanese army entrusted with defending Lebanon's sovereignty and territorial integrity will cooperate with the UNIFIL forces and will conduct patrols to address any flaw in the implementation of Resolution 1701 from the Lebanese side."

Al-Akhbar notes that UNIFIL is hesitant to take any action in southern Lebanon, where Hezbollah holds great sway, that would "create a clash with the people of the southern villages or with Hezbollah." Hence, the IDF has now turned its attention to the LAF.

Part of the justification for increased pressure on the LAF seems to be that Lebanese forces, although present in the area, have so far been adamant in their refusal to aid Israeli bulldozing operations beyond the Blue Line.

The IDF, meanwhile, has been carrying out operations on its side of the Blue Line since December 4, when it launched Operation Northern Shield to seek out the tunnels in question, finding that two violated the Blue Line and claiming that Hezbollah intended to use the tunnels to carry out attacks against Israeli civilians.

© AP Photo / Syrian Central Military Media
Hezbollah Official: All of Israel Within Reach of Our Missiles

However, the Al-Akhbar report calls into question the validity of Israel's claims, noting that Israeli officers have attempted "to demarcate the Blue Line without the presence of international liaison officers and in the absence of the Lebanese Army's topography team" in order to plant "spy devices" in the area.

The IDF hasn't elaborated on how or why the tunnels pose a danger to Israeli civilians. During the 2006 war, Hezbollah rockets targeted civilian centers in Israel, just as Israeli bombs targeted Lebanese civilians in Lebanon. But when an Israeli airstrike killed 28 civilians, including 16 children, in the Lebanese city of Qana, the IDF unilaterally froze air attacks on the country, and Hezbollah followed suit by halting its rocket attacks until IDF attacks resumed.