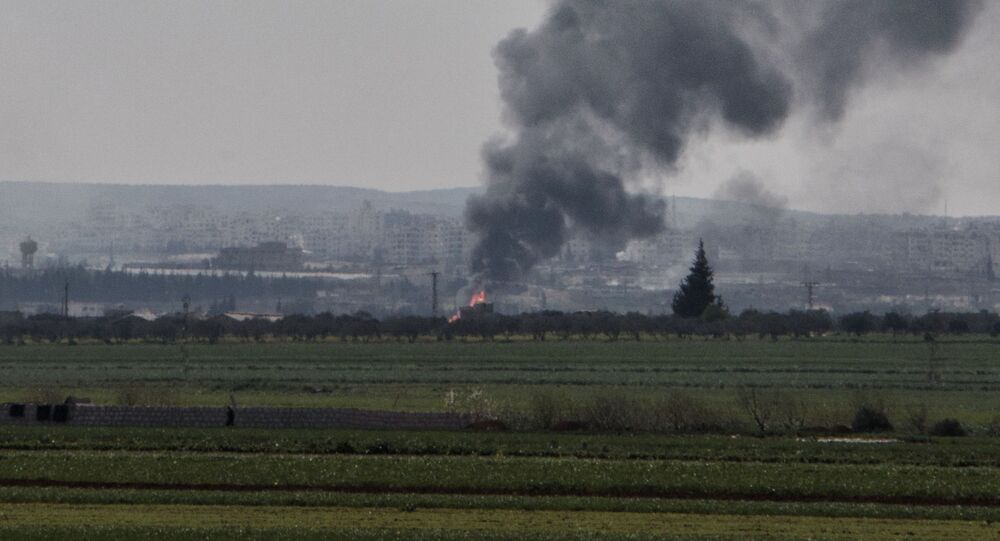 Speaking at Damascus University on Sunday Syrian Foreign Minister Walid Moallem said that the country's authorities were in constant coordination with Russia on Idlib, according to state news agency SANA.

He accused Turkey of violating the October deal with Russia to set up a buffer zone in the province between Syrian troops and armed opposition, but stressed that Damascus preferred political dialogue.

© REUTERS / Ammar Abdullah
Terrorist Groups Threaten to Launch Offensive on Latakia, Hama - Idlib Governor
Speaking about the constitutional committee, Moallem said it was too early to say when it would convene after accusing unspecified Western countries and Turkey of stalling its formation.

The mentioned 9-12 mile deep demilitarized zone in Idlib was agreed to be set up by Russian President Vladimir Putin and his Turkish counterpart Recep Tayyip Erdogan on September 17, along the contact line of the armed opposition and the government forces.

The Idlib province in northwest Syria is the last remaining stronghold of terrorist groups operating in the country, including Jabhat al-Nusra* terrorist organization, which has joined forces with four other jihadi groups in Idlib to form a terrorist alliance called Hayat Tahrir al-Sham, widely regarded as the dominant force on the ground in the province.

Three Syrian Servicemen Killed, 9 Wounded Due to Shelling by Militants