The US military commander stated the other day that the notoriously elusive Daesh chief is still alive and hiding on the loose on the Euphrates banks.

According to the media outlet, the ongoing operation involves drones, with the area being increasingly combed by search brigades.

“Every day, UAVs are examining dozens of kilometres of the deserted territory, as well as agriculture fields on both sides of the Euphrates, all the way from Al Bagur (Syria) to Makr-ez-Zin (Iraq)”, representatives for the Iraqi security agencies noted.

“The agencies are competing over who would be the first to kill or detain the Daesh head Abu Bakr al-Baghdadi”, he remarked, adding that the border region had virtually turned into a “battlefield” for the security forces. 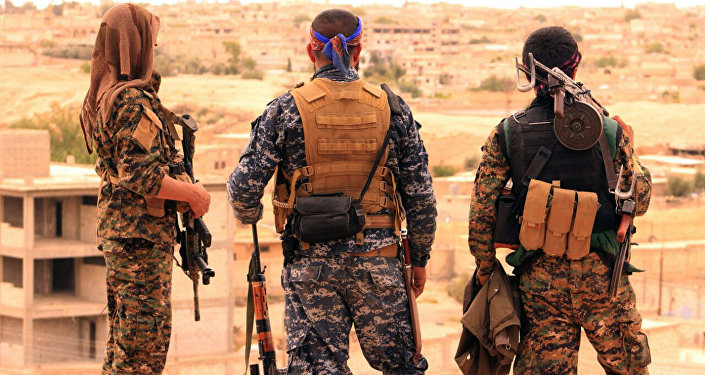 On 4 December, US Lt Gen Kenneth McKenzie, nominated as the next chief of the US Central Command (Centcom), stated that al-Baghdadi is still alive and is hiding “somewhere in a desert by the Euphrates”.

In October, the Daesh leader was reported to have ordered the execution of 320 of his followers, including senior commanders, for "disloyalty" and "recklessness".

During the war against Daesh in Syria and Iraq, al-Baghdadi more than once evaded assassination attempts made by the Russian, US and Iranian militaries. In September, Iraqi media reported that al-Baghdadi had narrowly escaped death after showing up late to a meeting of terrorist commanders. The terrorist is believed to have issued his latest address to his followers in August, urging them to continue their jihad and to "burn" the infidels.

Al-Baghdadi made his last public appearance in 2014, one year after he escaped from al-Qaeda. Back in June 2014 he appeared on the stage of a landmark mosque in Mosul, the then Daesh stronghold, and declared himself the caliphate leader. The US offered a reward of a whopping $25 million for trustworthy information leading to his capture or death.