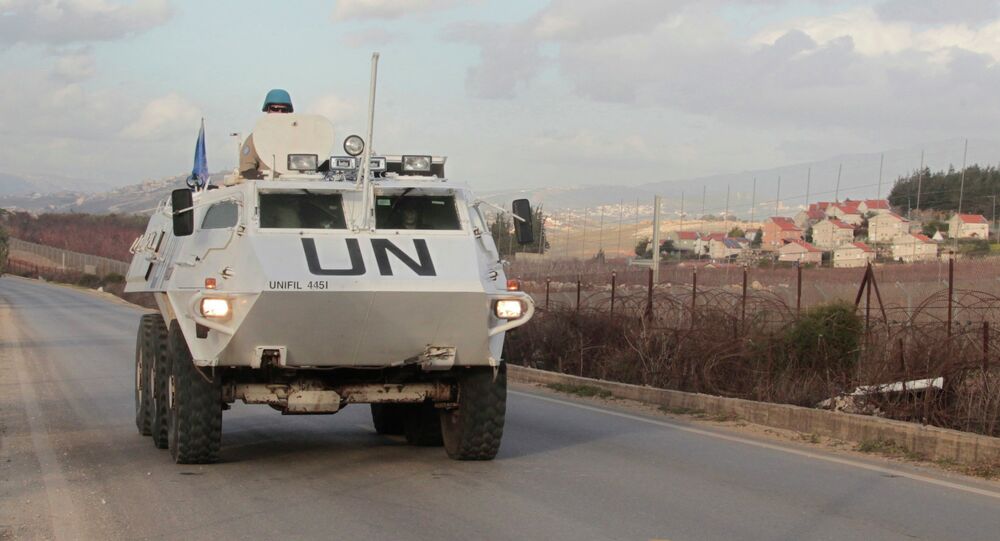 "My goal was first of all to dismantle these terror tunnels without getting into broad escalation … I think the risk is much lower," Netanyahu was quoted as saying by his office.

"We passed a clear message of what we’re doing and so far I can't tell you that the risk of escalation doesn't exist … We’re all ready to go if we have to, but I’m not sure that Hezbollah will make the terrible mistake of testing our resolve," Netanyahu added.

© AP Photo / Hezbollah Military Media via AP
Israel Calls for Anti-Hezbollah Sanctions as Its Anti-Tunnel Operation Unfolds
Meanhwhile, UN mission in Lebanon said in a statement on Thursday it has confirmed the existence of a tunnel discovered by the IDF close to the blue line separating the two countries.

The UN Interim Force in Lebanon (UNIFIL) is "engaged with the parties to pursue urgent follow-up action" and "will communicate its preliminary findings to the appropriate authorities in Lebanon",the mission said.

The Israel Defense Forces (IDF) said Thursday that they informed the UNIFIL about the presence of a transboundary attack tunnel and requested its neutralization.

READ MORE: Israel’s Op Against Hezbollah a Stunt to Distract From Bibi’s Bribes

UN Spokesperson Stephane Dujarric said in a statement on Thursday that the UNIFIL found a tunnel hat extends from Lebanese territory into Israel.

"Lieutenant-General Stephano Del Col, the Force Commander for the UNIFIL along with the technical team today visited a location near Metula in northern Israel, where the Israeli Defense Forces had discovered a tunnel close to the Blue Line," Dujarric said. "Based on the site inspection, UNIFIL can confirm the existence of a tunnel at the location."

© AP Photo / Ariel Schalit
Israel Must Leave Occupied Territories in Southern Lebanon - Beirut
The Israeli prime minister met Thursday foreign ambassadors near the border with Lebanon where the Israeli military launched an operation on Tuesday to search for tunnels dug into northern Israel.

The Lebanese Armed Forces responded to the Israeli operation by saying that they were ready for any developments on the border with Israel and were making efforts together with UN forces to maintain stability in the area. The UNIFIL has increased security patrols at the Lebanese-Israeli border to avoid potential escalation amid Israel's anti-tunnel efforts.

Israel traditionally views Hezbollah’s presence in Lebanon and Syria as a threat to its national security as the movement is backed by Iran, which is the Jewish state's main rival in the region.