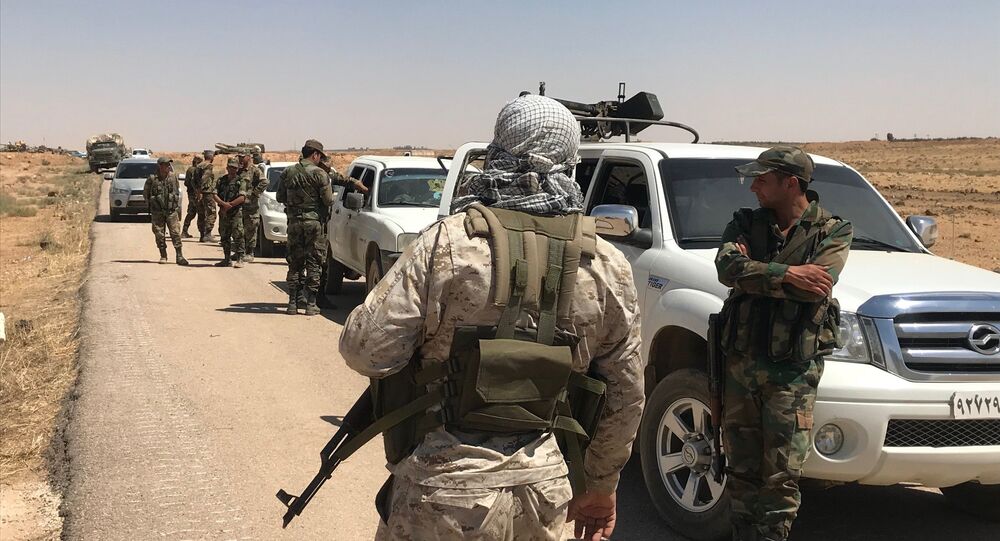 "The General Staff of the Syrian Armed Forces announced the completion of their military operation and the establishment of full control over al-Safa plateau region — the last stronghold of Daesh* militants in the south of the country. An area of 380 square kilometres [some 147 square miles] with a very complex terrain has been cleared of terrorists," Zakharova said at a briefing.

© CC BY-SA 3.0 / haitham alfalah / AL-Hasakah Syria
US-Led Coalition Transfers Daesh Terrorists From Syria's Hasakah - Reports
The diplomat added that the implementation of the Russian initiative to facilitate the return of Syrian refugees to their homeland as well as internally displaced persons would continue.

At the same time, as a source told Sputnik, militants from the Kataib al-Izza terrorist group tried to breach Syrian Armed Forces positions in the northern Hama province near the demilitarized zone.

"Militants are constantly attempting to breach Syrian army positions with the aim to disrupt the implementation of the agreements on the establishment of a demilitarized zone reached in Sochi… The Syrian Army responded to these attempts on Thursday, the attackers suffered losses," the source said.

Syria has been in a state of civil war since 2011, with government forces fighting numerous opposition groups and terrorist organizations. Victory over the Daesh was declared at the end of 2017. However, the Syrian Army continues mop-up operations in some areas of the country. Currently, the priorities in the country are the political settlement, restoration and refugee repatriation.