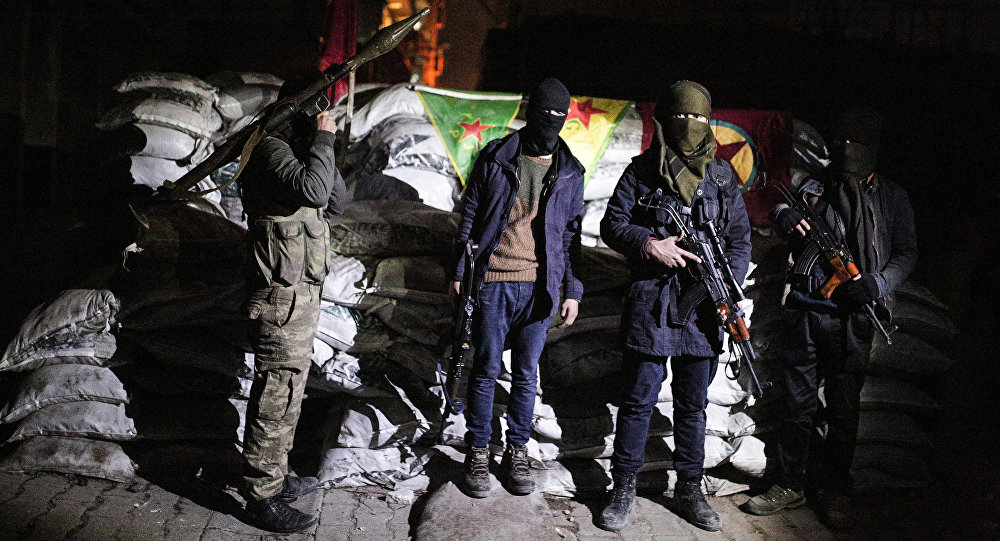 MOSCOW, (Sputnik) – Turkish Interior Minister Suleyman Soylu has accused Washington of conducting a policy of double standards after the United States offered a reward for information on three high-ranking members of the Kurdistan Workers' Party (PKK).

"Washington believes that this kind of decision may conciliate Ankara. But this is a profound misconception. Washington excludes two Turkish ministers from the sanctions list and blacklists three PKK leaders instead. It is nothing more than a mockery because it means that Washington does not see the difference between terrorists and Turkish ministers," Soylu was quoted as saying by the Anadolu news agency.

Turkey is no longer a country that can be manipulated, the minister stressed.

"Turkey's strategic partner [the United States], acting together with the Kurdish People's Protection Units (YPG), which is the Syrian wing of the PKK, requires 25 percent of the proceeds from oil sales, and at the same time includes three leaders of the same terrorists in the sanctions lists. It's hypocrisy. Ankara is well aware of all the actions in the region," Soylu noted.

© AP Photo / Mursel Coban, Depo Photos
Turkey Prepping for Large-Scale Op Against Syrian Kurdish Forces - Erdogan
The comment was made after on November 6, Washington authorized rewards of up to $5 million for data "leading to the identification or location" of Murat Karayilan, up to $4 million for Cemil Bayik and up to $3 million for Duran Kalkan, the three senior members of the PKK (outlawed in Turkey).

US-Turkish relations have suffered a setback amid Ankara's concerns over US support for the YPG, which is viewed by the Turkish authorities as an affiliate of the PKK. Ankara has also repeatedly accused Washington of failing to fulfill its promises regarding the withdrawal of the YPG from Syria’s Manbij.

Among other reasons, bilateral relations worsened over US pastor Andrew Brunson's detention in Turkey in 2016. The United States responded to this situation by imposing sanctions against Turkish Justice Minister Abdulhamit Gul and Soylu, accusing them of human rights violations. The pastor was eventually released in October, and the sanctions against the two ministers were lifted earlier this month.