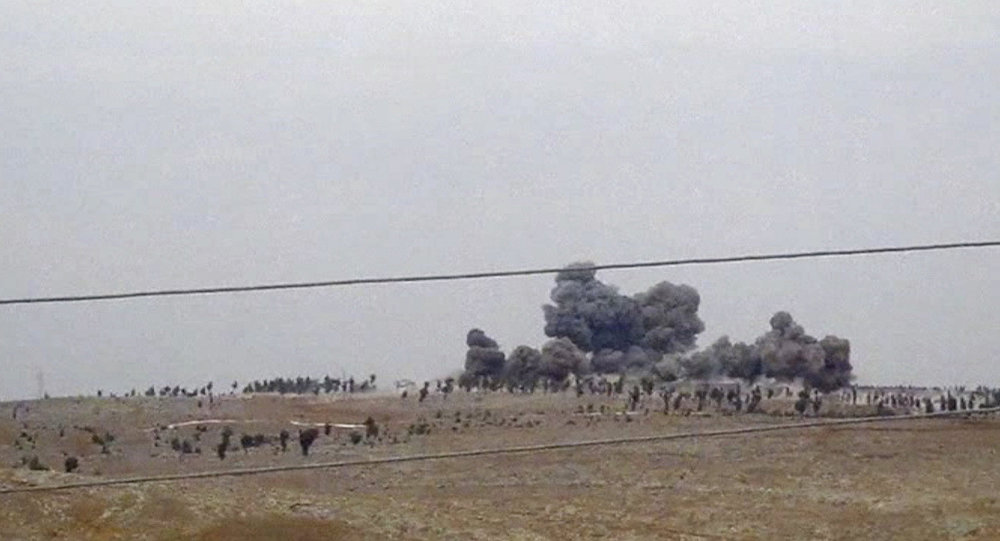 MOSCOW (Sputnik) - A total of six Syrian servicemen were killed, while five others were injured in the attacks in Syria’s western-central province of Hama, the Russian Defense Ministry said late on Saturday.

© AP Photo / Hassan Ammar
US-Led Coalition Strikes Kill 26 Civilians in Eastern Syria - Reports
Moreover, ceasefire violations have been registered in the Idlib de-escalation zone over the last 24 hours, according to the bulletin.

The Russian Center for Reconciliation of Opposing Sides has also held a meeting with the local authorities of eastern province of Deir ez-Zor to discuss restoration of infrastructure.