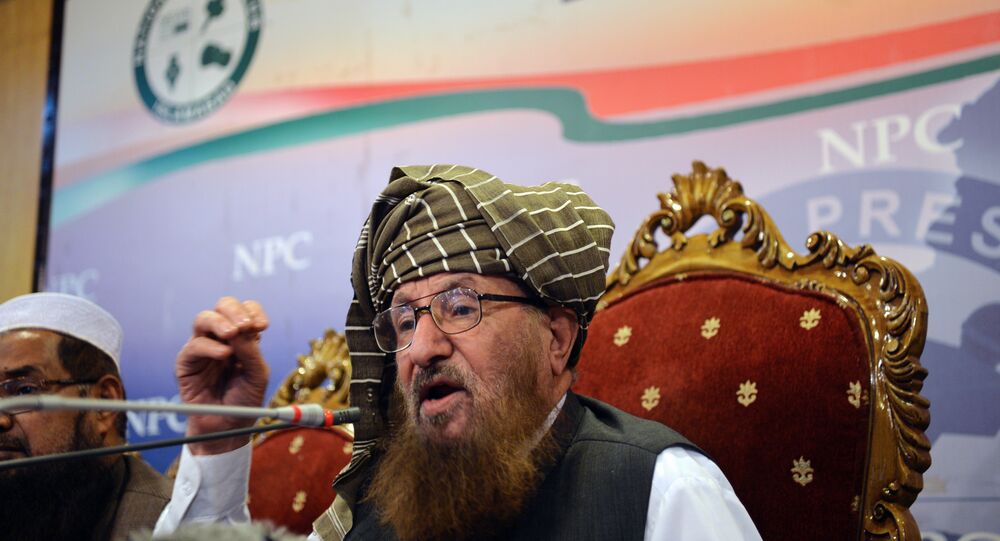 Last month, it was reported that a shadow district administrative chief of the Taliban movement had been killed in a US-led coalition strike in Afghanistan's eastern Nangarhar province.

Pakistani religious scholar and former Senator Maulana Sami ul-Haq, often referred to as the "Father of the Taliban," has reportedly been killed in Pakistan.

"He was trying to reach the protest in Islamabad but came back home due to roads being blocked. He was resting in his room during Asr time when his driver/guard went out for 15 minutes. When he returned, he found Maulana Samiul Haq dead in his bed and his body covered in blood," Sami's son said as quoted by a private Pakistani news channel Geo.tv.

© AP Photo / Allauddin Khan
Ex-Gitmo Inmates Assigned to Help Broker Peace Between US, Taliban - Reports
According to his deputy Yousaf Sha, he was visiting the capital Islamabad this week, but further details of the assassination were unclear.

He was head of the Darul Uloom Haqqania, one of the largest and most influential madrassas (seminaries) in Pakistan located in Akora Khattak, Khyber Pakhtunkhwa.