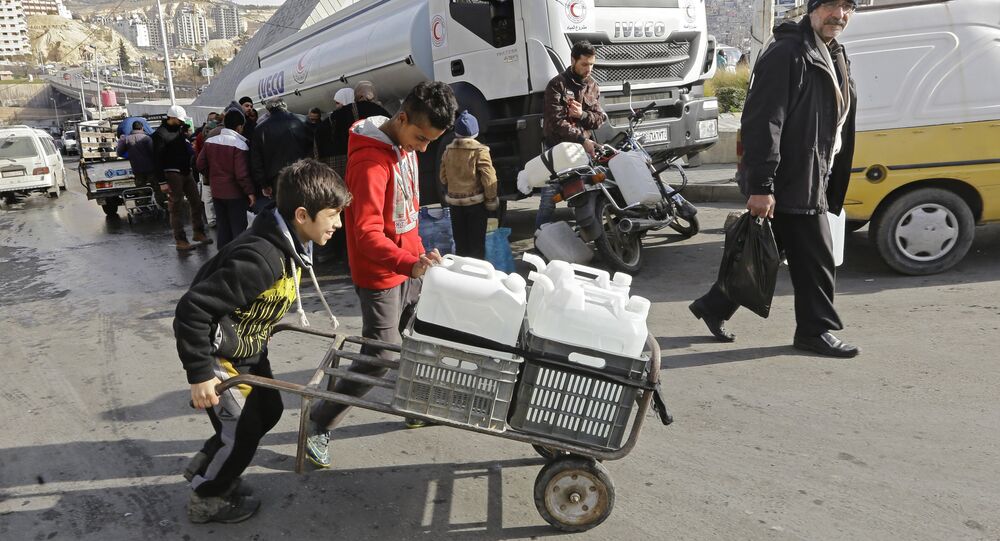 DAMASCUS (Sputnik) - The Syrian Red Crescent said Sunday it had delivered relief aid to the flood-hit city of Al-Hasakah in northeastern Syria.

"The relief team conducted the needed assessment and registration, while other teams distributed 130 food parcels provided by the ICRC," it said in a press release.

© AFP 2020 / Fadi Dirani
Red Cross to Scale Up Work in Syria in 2019, Alongside Red Crescent - President
The city was hit by flash floods this week after heavy rainfall caused the Al-Khabour River to burst its banks. The aid charity said many houses in the area were built close to the water.

The Red Crescent also said it was ready to deliver emergency aid to displaced Syrians in the Rukban camp in the southeast on the border with Jordan. It confirmed that a joint mission with the UN was delayed over logistic issues and security concerns. The Russian military said Saturday the United States had failed to secure the area around its At Tanf base.

The Rukban refugee camp, which now hosts about 50,000-60,000 people, is located in Syria's At Tanf district (Homs province) near the Jordanian border, next to a US military base where Syrian opposition forces are being trained. Moscow and Damascus, on one side, and Washington on the other accuse each other of hindering the delivery of UN humanitarian assistance to the area.