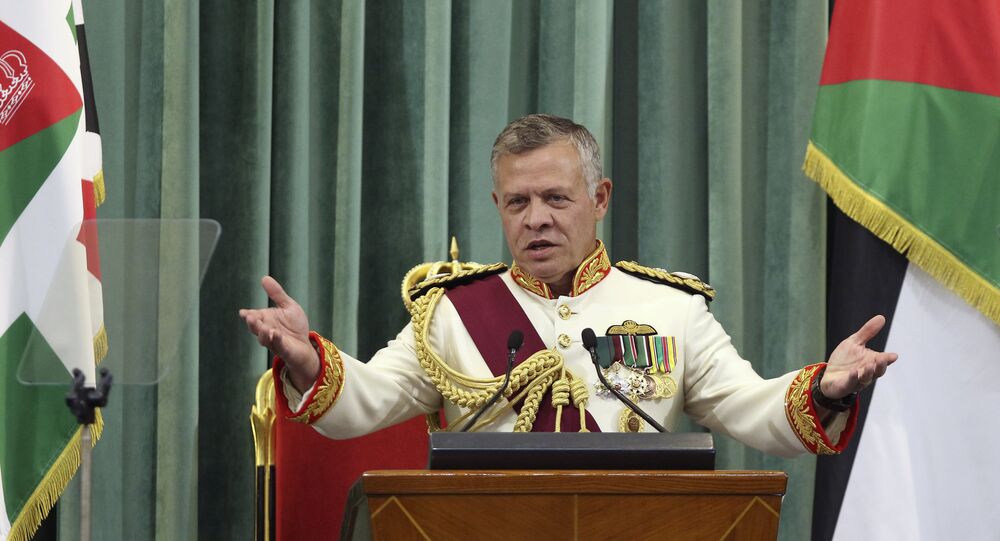 In line with the 1994 peace agreement, which stipulated a one-year notice period, Jordan granted Israel private ownership rights in two border territories. However, the Jordan King noted that he wants to reclaim the land, citing national interests.

Jordan's King Abdullah II announced on Sunday that Jordan has chosen to nix two annexes of the 1994 peace treaty with Israel, ending the Israeli lease of Baqura/Naharayim and Al-Ghamr/Zofar territories.

"Baqura and Ghamr are Jordanian territory and will remain Jordanian, and we exercise full sovereignty over our land," the King said, as quoted by the state-owned Jordan News Agency (Petra).

"Our priorities in such difficult regional circumstances are protecting our interests and doing everything necessary for Jordan and the Jordanians," Abdullah II noted, adding that Israel had been made aware of the decision.

In response to the move, Prime Minister Benjamin Netanyahu pledged, as cited by Haaretz, to try and talk Jordan into extending the lease. "There is no doubt the agreement is an important asset," he said, praising the peace treaties with Jordan and Egypt as "anchors of regional stability."

Both areas in question are located on the Israel-Jordan border; Israeli farmers were granted private land ownership rights and property interests for a 25-year period under the 1994 peace accord, which settled long-standing land and water disputes between the two countries.

After the 1994 agreement, Jordan became the second Arab country (after Egypt) to establish diplomatic relations with Israel. The deal helped Amman to pave the way for US economic and military assistance to the country. However, Israel-Jordan relations have been strained in recent years, particularly due to Amman's stance on the issue of Jerusalem. Earlier this year, Jordanian King Abdullah II confirmed that East Jerusalem should be the capital of a future Palestinian state, while Israel views Jerusalem as its official capital.