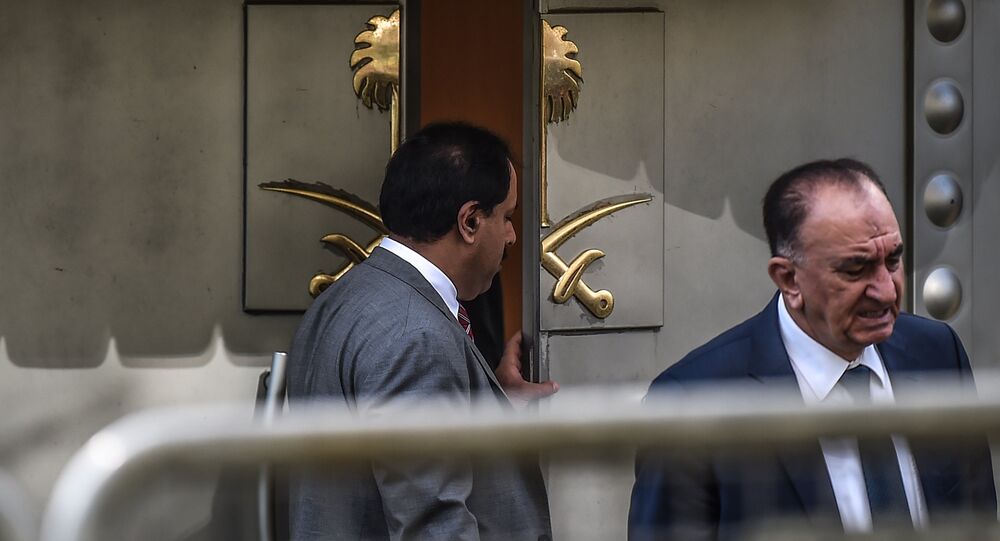 ANKARA (Sputnik) - The Turkish police are currently examining the version alleging that the body of Saudi opposition journalist Khashoggi, who disappeared after entering the Saudi Consulate General in Istanbul, might have been dissolved in acid, the Haberturk TV reported on Monday.

The police first doubted the viability of this version, but then, as the investigation progressed, the Turkish police and security officers have not managed to rule out such a hypothesis, the broadcaster said.

The news comes following the disappearance in Turkey of Jamal Khashoggi, a columnist for The Washington Post on October 2. According to the journalist's fiancee, he was invited to the Saudi consulate in Istanbul but never left the consulate building.

Earlier, Turkish President Recep Tayyip Erdogan stressed that Saudi Arabia should prove its non-involvement in the journalist's disappearance. The Turkish president also said that he considered Riyadh's comments in connection to the case unconvincing. Hami Aksoy, the spokesman for the Turkish Foreign Ministry, confirmed earlier in October that Ankara had received the permission from Riyadh to search the consulate's building as part of the probe into the case.