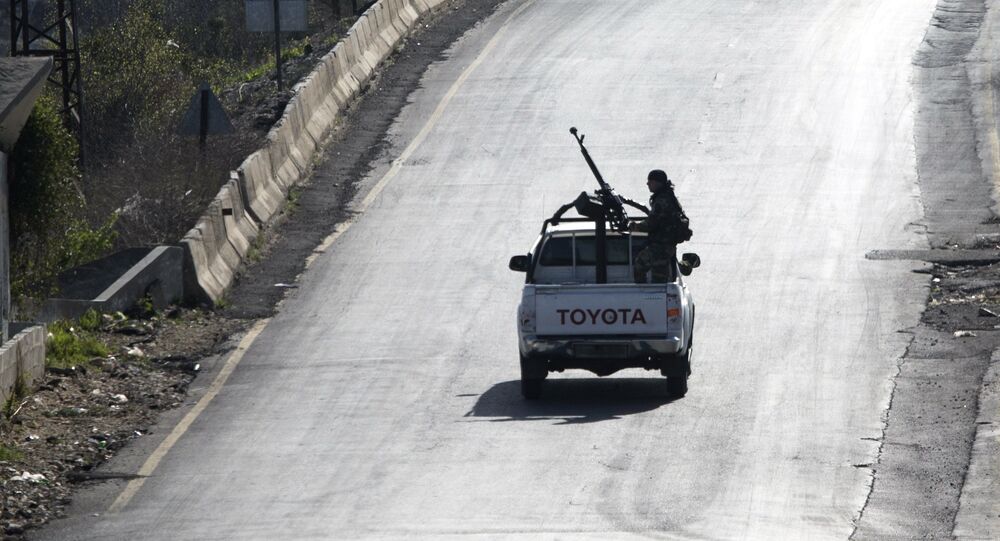 JABLEH (Syria) (Sputnik) – The authorities of the Syrian coastal city of Jableh have constructed a bypass road connecting several areas of the city with a major regional highway, the mayor of Jableh said.

"This road is a bypass route. Now, transit vehicles will not have to enter the city. Moreover, the road leads to our central market. This is very convenient for both consumers and sellers using cargo vehicles. The road also leads to the Latakia-Tartus highway," Akhmad Kandil told reporters.

© Photo : Syrianarabnewsagency
Fantasy Landscape: Magnificent Sandstorm Covers Syria's Deir ez-Zor
The new road, which has been built in the city for the first time in years, is expected not to require maintenance for a decade. It is a four-lane road with lights installed along it.

The authorities plan to build sidewalks and a boulevard along the road. Engineer Mohammed Deyoob told reporters that this measure was important for the city residents who would be able to use these sidewalks and the boulevard for sports activities and walks. The road lies along new quarters. The authorities have initiated a voting to choose a name for it.

Syria has been devastated by years of violent civil war which had prompted the destruction of its infrastructure and a major humanitarian crisis in the country. The Syrian authorities, supported by Russia, are currently engaged in rebuilding the country.