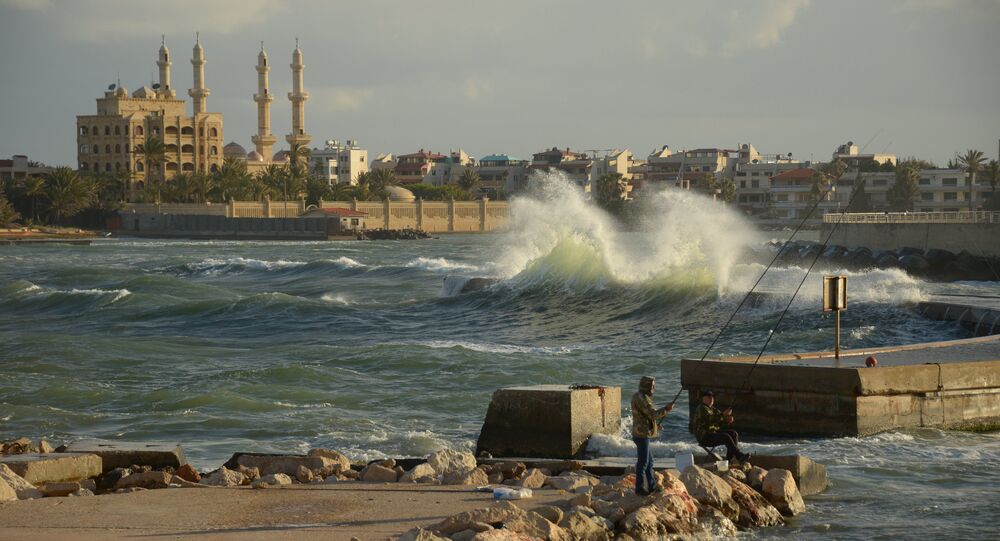 A technical manufacturing facility of the Syrian Army was one of the targets of a missile attack on the coastal city of Latakia Monday evening. One Syrian security source told Sputnik News many of the missiles were repelled by the country's air defense system.

"Syria's air defense systems have responded to an air attack in Latakia. Most likely there were drones and missiles involved," Sputnik News' source said. Syrian state media and Arabic TV channel Al Mayadeen reported that the attack came from the sea.

Syria journalist Leith Abou Fadel reports that some missiles hit parts of the city, and power outages were reported resulting from the blasts were reported by social media users. One of Fadel's sources in the Syrian Army says that the missiles were shot by armed drones and were not airstrikes.

A Syrian human rights group later told Sputnik that seven people had been injured in the attack.

Blasts have also been reported in the city of Baniyas, which is to the south of Latakia on the coast.

Even further to the south, in the city of Tartus, another explosion was reported overhead.

According to the Within Syria blog, two military bases near Latakia were hit.

Some reports say that the attacks were launched by Israel while others point the finger at Islamist rebels. Israel has been accused of attacking Latakia in the past.

The attack follows a deal struck between Russia and Turkey over a partial demilitarization of the Idlib province, the last remaining stronghold of anti-government extremists and al-Qaeda-linked groups in Syria.

The Russian Defense Ministry hours later reported that four Israeli F-16 aircraft had been part of the attack on Latakia, and that a Russian plane had lost radar contact during the attack.