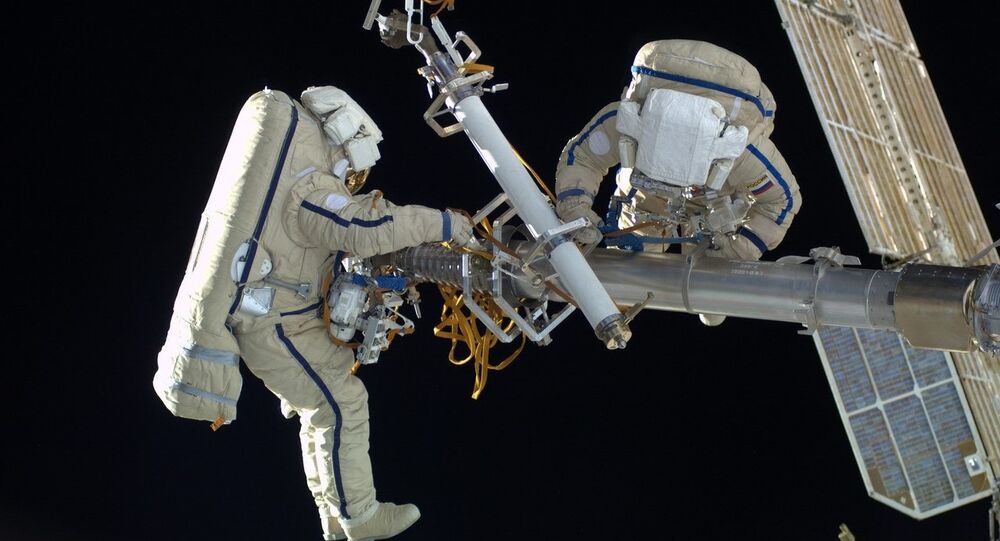 DOHA (Sputnik) – The Bahrain Space Science Agency (NSSA) is engaged in talks with Russia on sending its astronauts to space, but no specific agreements have been reached yet, the Russian embassy in Manama told Sputnik on Wednesday.

"The representatives of the Bahrain Space Science Agency attended a spacecraft launch at Baikonur this year, where they discussed with the Russian side the prospects for possible cooperation, specifically in training and sending the first Bahraini astronaut into orbit. But no specific agreements have been reached yet, no documents on the issue have been signed," the embassy spokesperson said.

Last July, the agency announced the launch of its Space Team program which seeks to recruit 10 people who would become Bahrain’s first group of space science and technology specialists. The group is set to undergo 24-month training, which will be held both on the kingdom’s territory and abroad.

© NASA .
Russian Space Medics Chose UAE Nationals Ready for ISS Flight - Source
The development of the Bahraini space program comes amid the United Arab Emirates’ announcement that it had picked its first two astronauts who would go to the International Space Station (ISS). According to the Russian Gagarin Research and Test Cosmonaut Training Center, the two UAE nationals are already undergoing a training in Russia.