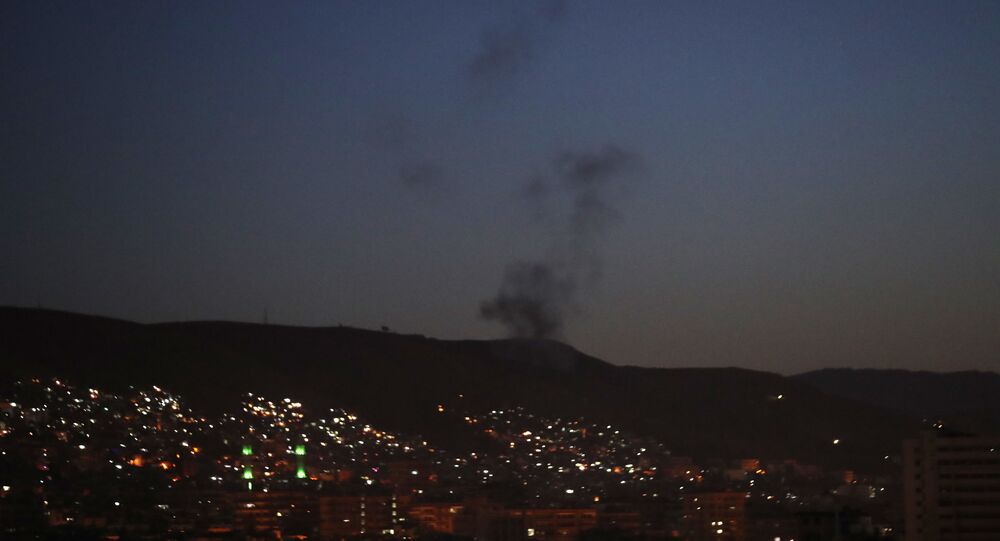 MOSCOW (Sputnik) - One Syrian serviceman was killed, while four others were injured in shelling attacks in the Syrian provinces of Hama and Latakia as well as in the city of Aleppo over the past 24 hours, the Russian Center for Reconciliation in Syria said late on Saturday.

"One soldier of the Syrian Arab Republic was killed and four others were injured during the shelling attacks," the center said in a daily bulletin.

Former militants in the Syrian southwest laid down their arms including a vehicle, 30 mines and 3 tonnes of ammunition of various types and caliber, according to the reconciliation center.

© AFP 2020 / US NAVY / MC2 JACOB G. SISCO
Ten Reportedly Killed in US-Led Coalition Shelling of Village in Eastern Syria
Moreover, one humanitarian action was held by the Russian center in the Hirdjilla refugee camp in the southwestern province of Damascus, with 600 sets of clothes having been provided to the Syrian nationals, including children.