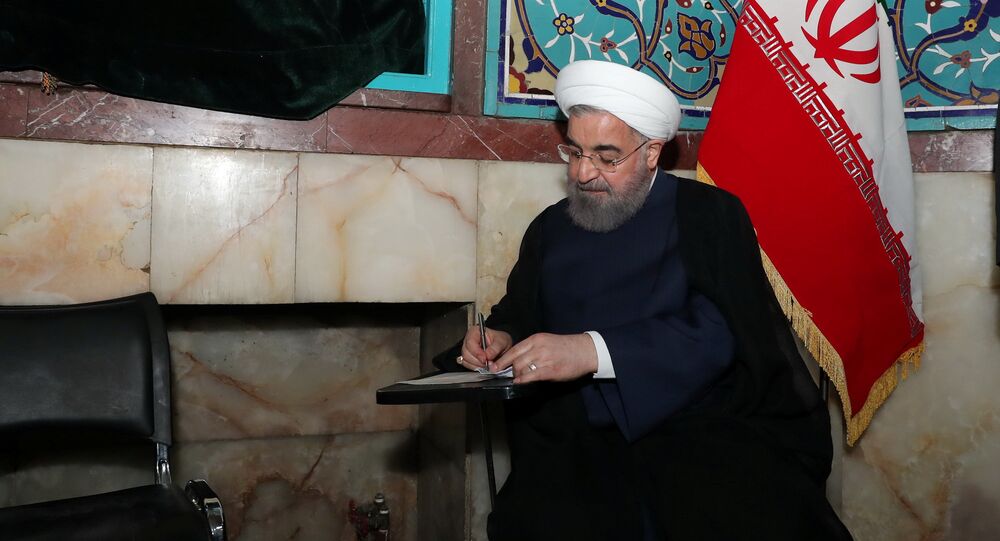 The United States has imposed the first wave of sanctions on Iran making good the promise earlier made by President Donald Trump.

In a televised speech made just hours after the US measures were reinstated on Tuesday, Iran’s President Hassan Rouhani condemned Washington for launching what he described as “psychological warfare” against the Islamic Republic, Deutsche Welle reported.

"They want to launch psychological warfare against the Iranian nation and create divisions among the people," Rouhani said.

© AP Photo / Susan Walsh
Trump: Anyone Doing Business With Iran Won't Be Doing It With US
The economic situation in Iran has been deteriorating since President Trump said in May that the US would withdraw from the 2015 nuclear deal with Tehran and re-introduce sanctions that had been listed as part of the agreement.

As Tuesday’s deadline for the first wave of US sanctions neared, fear of their possible impact sparked a currency crisis with the rial losing two-thirds of its value since the start of the year, plunging to an incredible 109,000 to one US dollar.

Many companies, wary of the sanctions Washington had threatened to slap on foreign companies that continue working with Iran, have pulled their businesses out of the country.

The first wave of US sanctions targeting Iranian exports, the country's financial system and its ability to access the global financial system, took effect at midnight on Tuesday. A second wave of sanctions to target Iran’s energy sector is scheduled to come on November 4.

The European Union, for its part, has pledged to protect the interests of European companies that could suffer as a result of Washington’s sanctions.