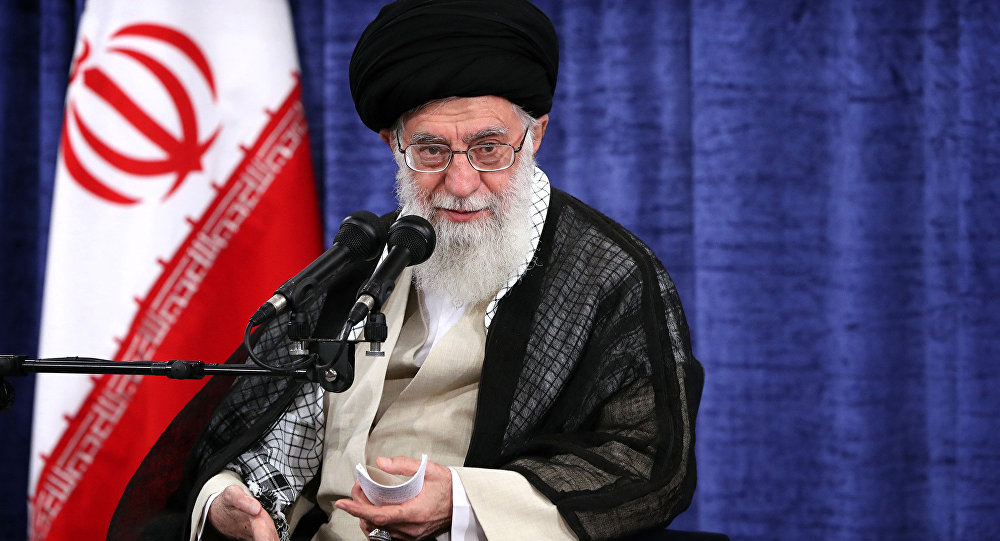 Palestinian statehood remains the main obstacle in the path to a lasting peace deal in the Middle East.

Iran’s Supreme Leader, Ayatollah Ali Khamenei has lashed out at a plan allegedly proposed by US President Donald Trump to establish a Palestinian state with limited sovereignty over roughly half of the West Bank and the entire Gaza Strip, as “satanic” and a no-starter, Press TV reported.

Sources with access to the plan reportedly devised by Trump's son-in-law and senior adviser Jared Kushner and his special adviser for international negotiations, Jason Greenblatt, have told Israeli intelligence website DEBKAfile that the proposed Palestinian state would have its capital in the village of Abi Dis, east of Jerusalem and would also include the entire Gaza Strip if the Palestinian resistance movement Hamas agreed to give up its arms.

© AFP 2019 / THOMAS COEX
Palestinian Nation Reiterates Calls for Creation of Independent State – Envoy
"To the dismay of the enemies, the Palestinian issue will not be forgotten and al-Quds [Jerusalem] will remain the Palestinian capital," Ayatollah Ali Khamenei told a group of officials in charge of the annual Hajj pilgrimage.

He called on the entire Islamic world to unite and support the Palestinians with one voice.

On May 14, the US Embassy officially opened in Jerusalem. The move  sparked mass outrage across the Arab world, resulting in violent clashes between Israeli security forces and Palestinians who consider Jerusalem their legitimate capital.

Israel annexed the then Jordanian-controlled East Jerusalem during the 1967 Six-Day War. In 1980, the Israeli Parliament adopted the Jerusalem Law, proclaiming the city as the "complete and united" capital of the country.

The international community does not recognize the annexation, considering the status of the city to be one of the core problems of the Middle Eastern conflict, which they say should be resolved on the basis of an agreement with the Palestinians, who claim the eastern part of Jerusalem.