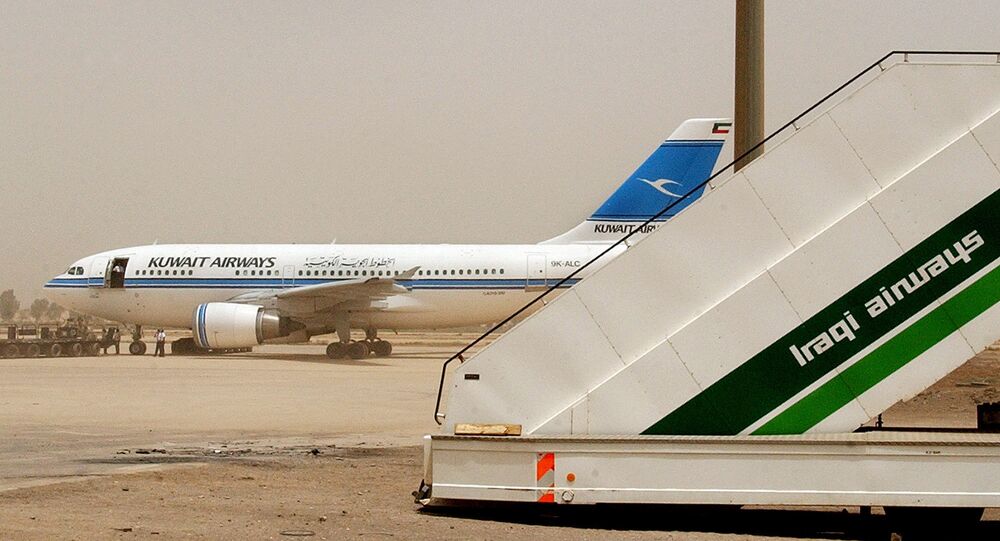 The Kuwaiti national airliner released a statement about halting flights to Najaf "until further notice." The company promised to provide passengers with flight tickets on other dates or to return them money for tickets without any penalties.

"Royal Jordanian Airline decided to halt its services between Amman and the Iraqi city of Najaf, effective July 15, 2018, and until further notice, in view of the security situation at Najaf Airport," the company said in a statement.

© REUTERS / Essam al-Sudani
Protesters in Iraq Attempt to Storm Basra Administration Building - Reports
Protests against unemployment and poor state of communal services sector began in Iraq's southern city of Basra about a week ago, escalating further after the death of one of the protesters. The protesters, in particular, are demanding that the country's authorities put an end to the disruptions in the electricity and water supplies and are calling for more jobs.

On Saturday, the protesters tried to attack the building of the Karbala governorate's administration after which the Iraqi Interior Ministry ordered to enhance the security of government facilities. The units of the ministry have been instructed to deploy security cordons next to government buildings and in the areas marred by unrest.

Despite the curfew imposed in the country, the protests continued on Sunday. Some banks in the country had to cease work out of concern for the safety of its employees, while the law enforcement officers have increased the security measures around the country's oil and gas facilities.