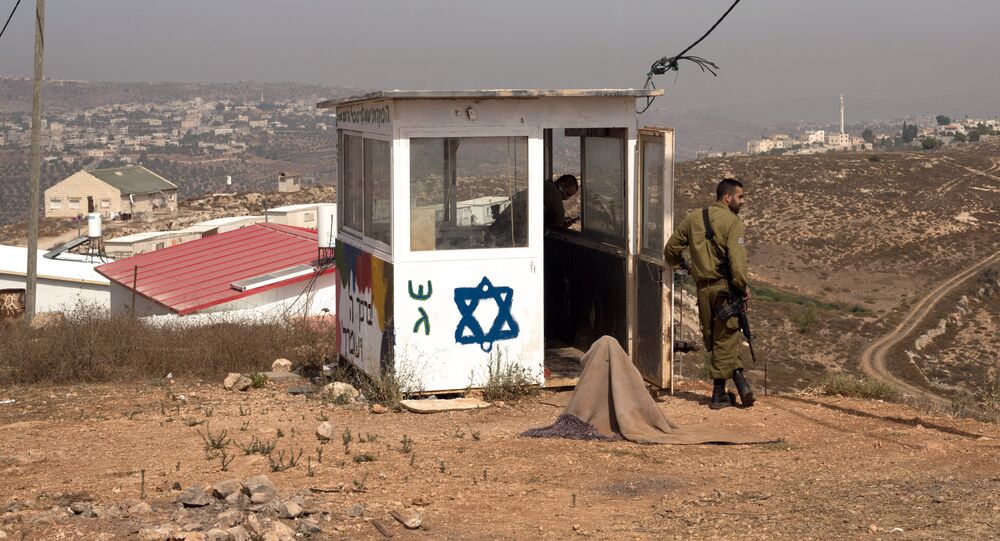 On Tuesday, two dozen far-right protesters celebrated the death of an 18-month-old Palestinian child murdered in July 2015 as the toddler’s remaining family members walked out of the Central District Court in Lod, Israel.

In July 2015, 18-month year-old Ali Saad Dawabsha was killed in an arson attack by Jewish right-wing terrorists on his Palestinian family's home in Duma, a Palestinian town in the northern West Bank. The toddler's parents, Riham and Saad Dawabsha, also died from their injuries within weeks of the attack. The couple's other child, Ahmed Dawabsha, who was five years old at the time of the attack, survived, although he suffered severe burns that required months of treatment.

​"Where is Ali? Ali's dead. Ali's on the grill," right-wing protesters chanted Tuesday as the child's uncle and grandfather, Nasr and Hussein Dawabsha, respectively, walked out of the courtroom. The Dawabsha family was at the courthouse for a ruling about the admissibility of confessions provided by two suspects involved in the 2015 attack.

"Where is Ali? He's burned!" other supporters chanted while laughing. Although there were around 20 police officers at the scene, they did not attempt to stop the chants.

"These racist barbaric chants indicate that [the far-right protesters] natural place is a zoo," Nasr Dawabsha told The Times of Israel Tuesday outside the courtroom.

If a Palestinian celebrated the murder of an Israeli in the same way as the protesters, "they would receive the harshest of punishments from the authorities," Nasr noted, adding that the police appeared to be "ensuring the protection" of the protesters.

Razan al-Najjar: The Soul of Palestine

In January 2016, Amiram Ben-Uliel, from the northern West Bank settlement of Shilo, was charged with three counts of murder and one of attempted murder, arson and conspiracy to commit a hate crime for his involvement in the 2015 arson.

On Tuesday, the court's three-judge panel claimed that the confession given by an unidentified teen accomplice had been given under duress. The court also decided to disqualify some of the confessions made by Ben-Uliel during and 36 hours after his torture by Shin Bet officials. The most incriminating evidence that Ben-Uliel used, however, which included reconstructing the crime scene, will still be admitted against him in court because it was given more than 36 hours after torture techniques were used against him, the Jerusalem Post reported Tuesday.

Shin Bet is one of the three main organizations of the Israeli intelligence community, alongside Aman and the Mossad.

Israeli Journalists Attacked in Istanbul Amid Tensions Over Palestine - Reports