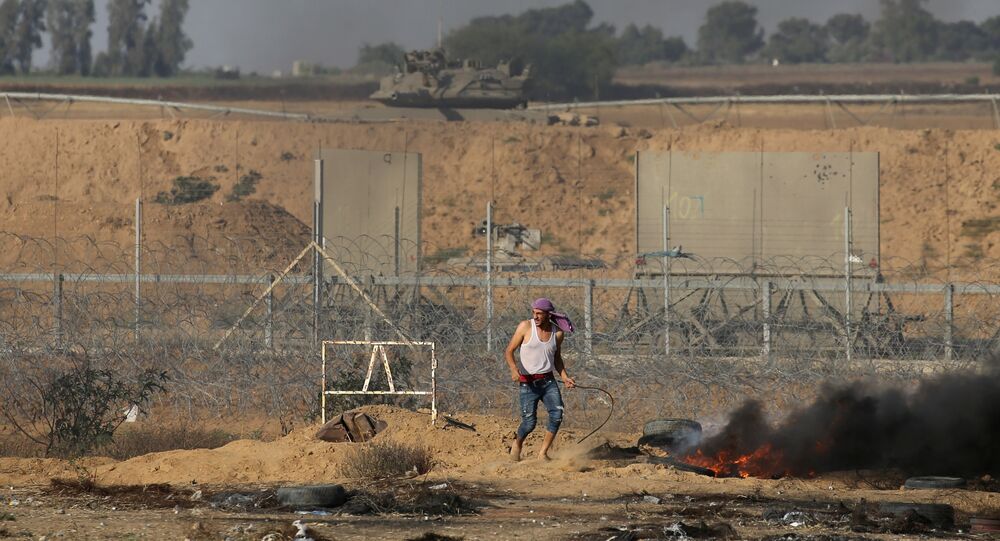 IDF aircraft have dropped leaflets warning residents of Gaza against approaching or sabotaging the border fence ahead of Friday's planned protests, according to an IDF statement.

"For your own benefit, you are better off not taking part in the violent riots on the fence and not to cross the border," the leaflets said.

According to the Israeli Army's statement, the army is ready for a large number of possible scenarios and is determined to protect the civilian population and the sovereignty of Israel.

A short while ago, IDF aircraft dropped leaflets throughout Gaza, once again warning Gazans against approaching the security fence, damaging it, or carrying out acts of terror pic.twitter.com/wevehrPL0v

"We will not allow any damage to the fence on the Gaza border and the security infrastructure that protects the people of Israel. We will act against those who want to harm the security of Israel," the IDF stated.

The violent clashes between Palestinian protesters and the Israeli forces on the Gaza border with Israel started in March when the Palestinians began rallies called the "Great March of Return," demanding the rights of Arab refugees to return to the territory of Israel, which the country had prohibited with the creation of the state of Israel.

The violence increased on May 14, when the participants started trying to cross the border fence, which Israel had repeatedly promised to prevent.

Since the beginning of the demonstrations, up to 125 Palestinian protesters have been killed and 2,700 more injured.