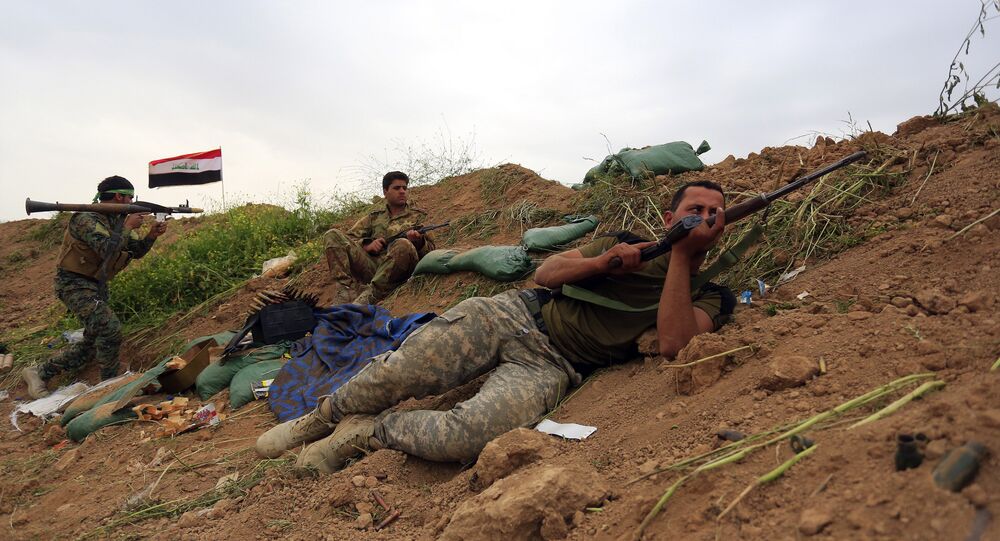 MOSCOW (Sputnik) - The Iraqi militia said on its website on Wednesday it had launched a large-scale operation to clear the remaining cells of the Daesh* terrorist group in the northern province of Kirkuk.

"The 16th militia brigade started a large-scale military operation this morning to find the remaining Daesh militants, their shelters and weapons stores," the militia said.

The operation is conducted near the town of Rashad in the southwestern part of the province.

© AFP 2020 / MARWAN IBRAHIM
Daesh Still Poses Security Danger in Northern Iraq - Kirkuk Governor
The militia was formed in 2014 mainly from Shiite detachments to fight the Daesh and was later incorporated into the Iraqi Armed Forces.

In February, the governor of Kirkuk province, Rakan Jabouri, told Sputnik that Daesh militants were still posing a threat in the north of Iraq and had so-called "sleeper cells" in the province, attacking people at night and kidnapping them.

On the day of the Iraqi parliamentary elections on May 12, Daesh militants attacked a checkpoint in Kirkuk, killing six law enforcement officers.