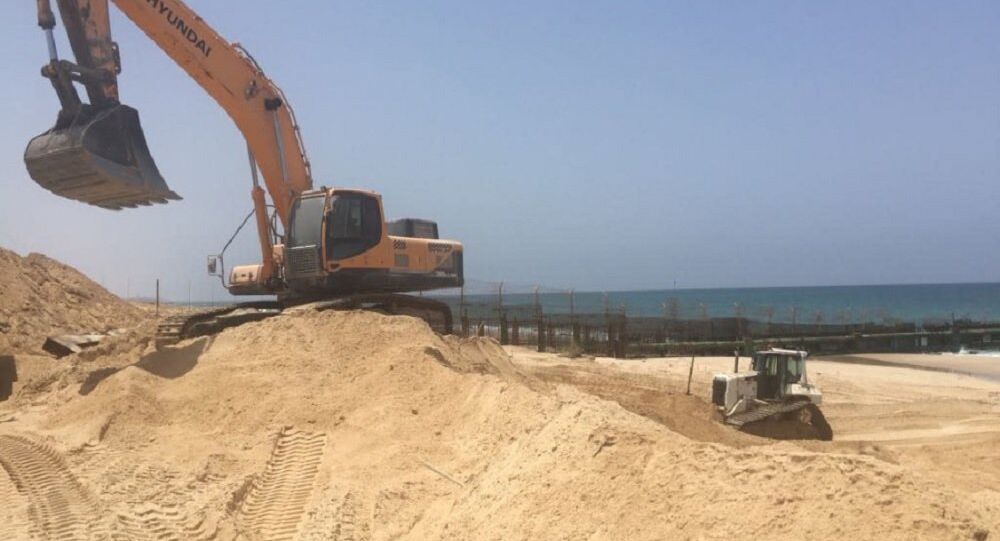 The barrier is said to be one of a kind, as it is made up of three layers, including one below sea level, a layer of armored stone and a third layer in the form of a mound.

According to the Israeli Defense Ministry, an underwater barrier which will stretch from the southern Israeli community of Zikim into the Mediterranean Sea, will serve as a blockade to ward off Hamas.

Construction is expected to be completed by the end of the year.

"This is the only obstacle of its kind in the world, which will effectively block the possibility of infiltrating into Israel via the sea, and this will further thwart Hamas' loss of strategic capabilities,” Defense Minister Avigdor Lieberman was reported by the Jerusalem Post as saying.

© REUTERS / Ronen Zvulun
Israel Has 'Great Hold' on US Foreign Policy in Middle East – Researcher
The decision to build such a fortification came after five Hamas naval commandos allegedly tried to enter the Israeli community of Kibbutz Zikim in 2014 carrying weapons and explosive devices.

At the time, the Israel Defense Forces succeeded in stopping the commandos, but since then Hamas has reportedly expanded their unit to over 1,500 commandos.

In light of that development, the Israeli Navy is now focused on training for underwater infiltrations and in 2015 the navy deployed a new system of underwater sensors called “Aqua Shield.”

The new sensors were placed to alert the Navy of any “suspicious underwater movement”.

The Gaza border continues to remain unstable as thousands of Palestinians have been demonstrating along the Gaza-Israel security fence since March.

Over 116 civilians have been killed and thousands have been wounded, drawing foreign censure.