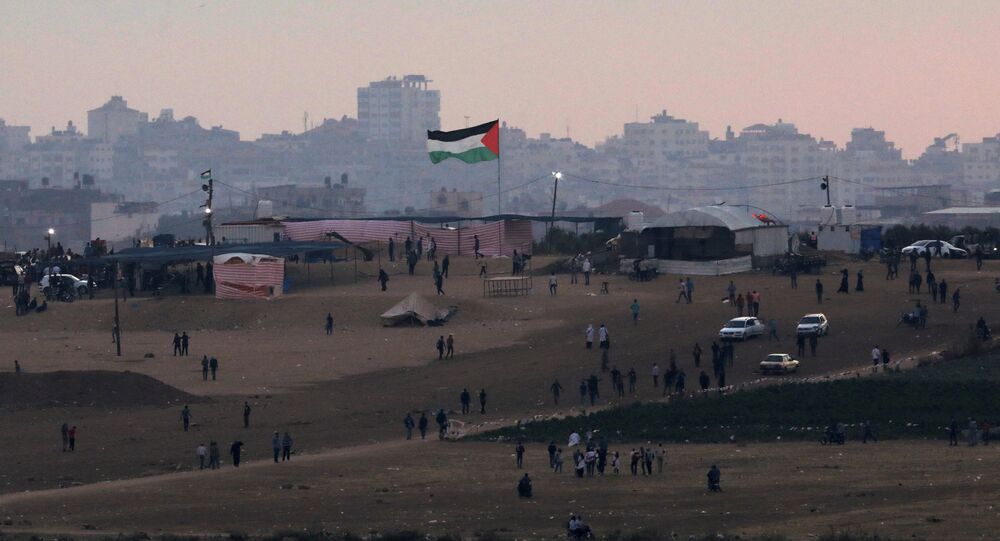 Following violent clashes that rocked the Gaza Strip earlier this week, Egypt has reportedly helped persuade the Palestinian side to decrease protest activities in the area and calm things down.

Egyptian officials had allegedly pressured Hamas into scaling down the protest rallies on the border between the Gaza Strip and Israel, according to Israeli media reports.

Israeli Minister of Intelligence Yisrael Katz claimed that a high-ranking Egyptian intelligence official told Hamas leader Ismail Haniyeh that Cairo wouldn’t lend any aid to the Palestinian organization if the protests in the Gaza Strip continued and Israel decided to ramp up its crackdown against them.

"Haniyeh returned to Gaza, Hamas gave an order… and miraculously, this spontaneous protest by a public that could not handle the situation any more dissipated," Katz told Israel Radio.

The Jerusalem Post pointed out, however, that Hamas denied claims that it was pressured by the Egyptians, and vowed to continue the protests; “although fewer Palestinians were now gathering in protest tents.”

READ MORE: Israel ‘Scrutinized More than Ever’ Over ‘Brutal Aggression’ in Gaza

Russian Foreign Ministry spokeswoman Maria Zakharova said that Moscow is concerned by this outbreak of violence and has urged all parties involved to show restraint and avoid escalating the situation any further.

She also added that Russia’s stance on the status of Jerusalem remained unchanged and that Moscow continues to advocate a two-state solution.