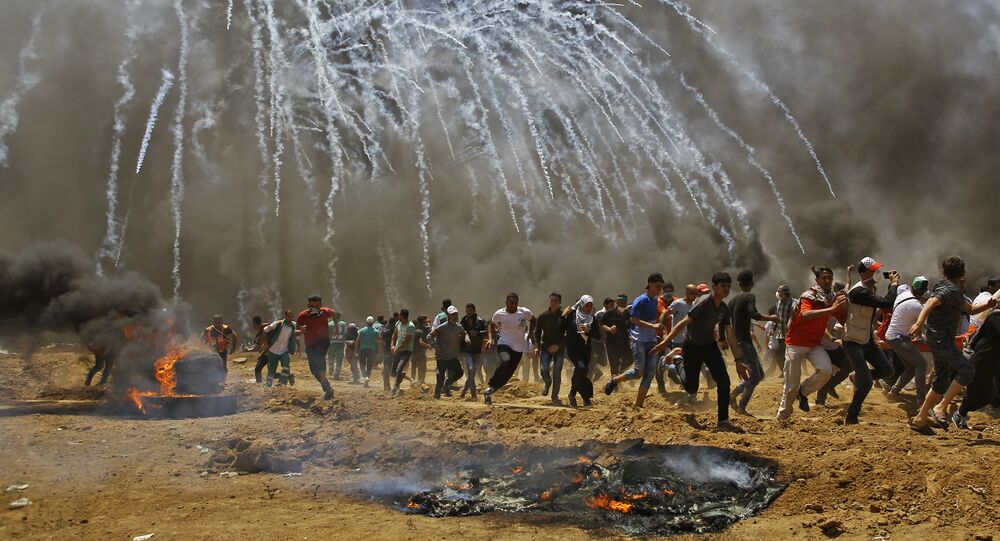 May 15 marks the so-called Nakba Day (translated as the 'Catastrophe' in Arabic), which commemorates the 70th anniversary of the Palestinian exodus that resulted from Israel's declaration of independence in 1948.

According to the Palestinian Health Ministry, the Israeli security forces have killed a Palestinian man near the Gaza border.

Palestinians are protesting on the Gaza-Israel border, Bethelehem and Beit El during the Nakba Day, which comes just a day after the US transferred its embassy to Jerusalem.

The rallies come a day after the Gaza Strip witnessed mass violent rallies, which reportedly claimed the lives of at least 61 Palestinians.

The Nakba Day refers to the 1948 Palestinian exodus, where some 700,000 Palestinians were expelled to make way for the newly created Jewish state.