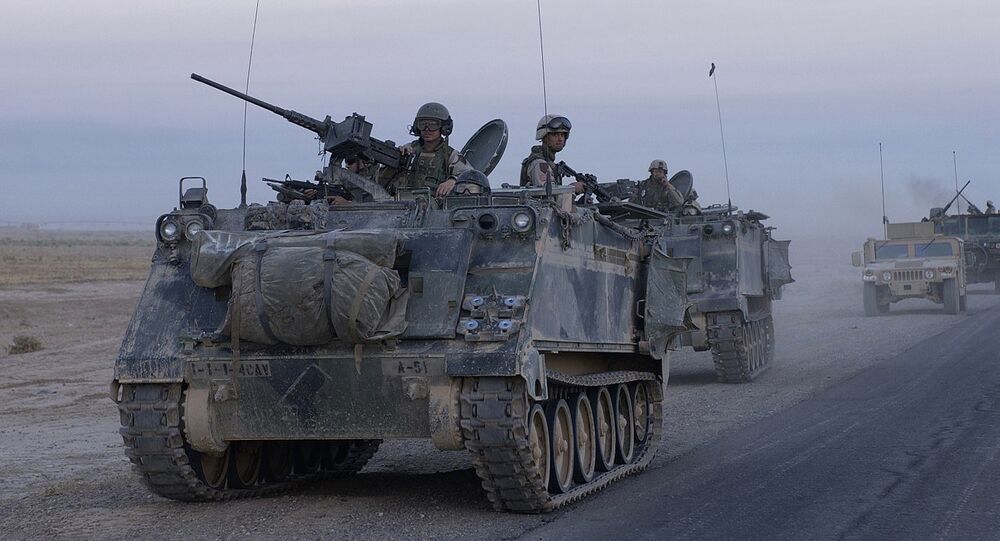 The elections were initially set for September but were postponed due to the fight against the Daesh* terrorist group. The vote will be the first since the liberation of the country from the jihadists.

"Americans are mainly responsible for what happened to Iraq because they were the first to form a government on a base of confessional quotas… It was decided under Paul Bremer's [US Presidential envoy and head of the transitional government during US military presence in Iraq] leadership that Sunnis would get 5 ministerial offices, Shiites — 11, and Kurds — 7. This decision laid the foundation of the discord between confessional and ethnic groups and led us to the situation in modern Iraq with its sectarianism and inter-ethnic hostilities," the former Iraqi Minister of Defense Khaled Yassin al-Obaidi told Sputnik.

The vote was initially set for September but was postponed due to the fight against Daesh. Thereby it will be the first time the country holds an election since Daesh was declared defeated.

Major coalitions were put forward by the leading Shiite politicians of the country — Prime Minister Haider al-Abadi and Vice-President Nuri al-Maliki. There are 6,686 candidates, 2,014 of them women, for 328 seats in the parliament.

READ MORE: What You Need to Know About Parliamentary Election in Iraq

The US launched its Operation Iraqi Freedom on March 20, 2003, claiming that the then-president of the country, Saddam Hussein, was developing weapons of mass destruction and colluding with al-Qaeda. The operation led to the overthrow of Hussein and was followed by an eight-year-long US military presence in Iraq.

Al-Obaidi also mentioned that Daesh could regain its position in the country if the government would continue its policy towards the Sunni population of the country.

"There is no doubt, that our armed forces managed to destroy them, however, Daesh isn't only about weapons, it's about ideology. This ideology may hide for a time… but I am afraid, that Daesh may return one day under another name and in another shape, maybe even more violent," the politician told Sputnik.

© AP Photo / Karim Kadim
‘Iraq Has Moved Away From That’: Parliamentary Vote Guided by Issues, Not Sectarianism
Among other challenges to the country, he noted corruption which previously "caused the destruction of Iraqi state". Al-Obaidi also stated that the new government has to work strenuously, to ensuring the rule of law, starting work on the construction of a rightful state and civil society.

While the Interior situation calls for harsh measures, the ex-minister said he hopes the next government will continue the balanced foreign policy, established by the prime minister Haider al-Abadi and will abstain from joining any alliance.

"We would not want to be either on the axis of the Russian Federation or in the US to bring even greater misfortunes. We have internal problems. We want to restore our country, we want to restore the dignified life of the Iraqi citizens, and to preserve the sovereignty of Iraq, "the politician said.