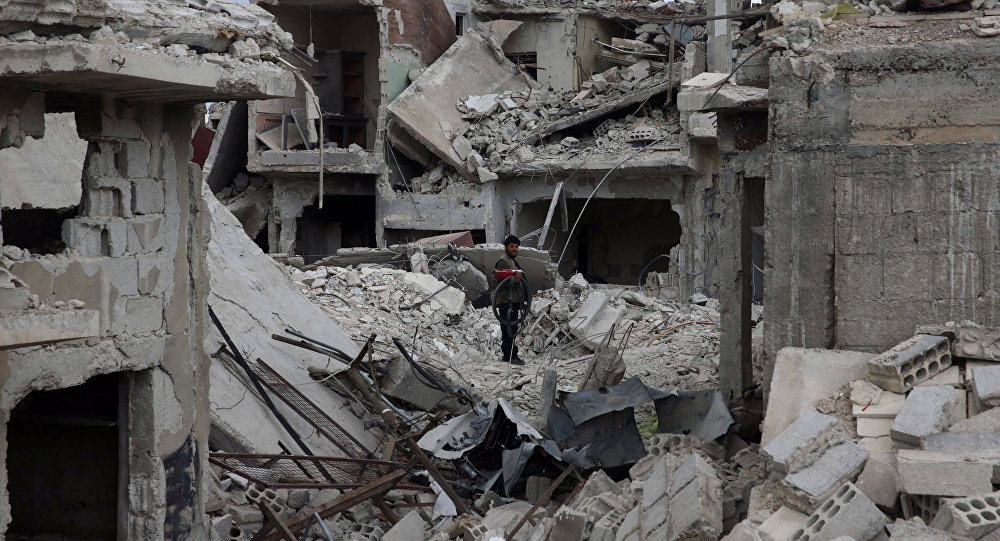 MOSCOW (Sputnik) - Syrian President Bashar Assad has denied that Syria possessed a chemical arsenal and refuted the accusations of its use against civilians in the Syrian town of Duma in Eastern Ghouta.

"First of all, we don't have a chemical arsenal since we gave it up in 2013, and the international agency for chemical weapons conducted investigations about this, and it’s clear or documented that we don't have any," Assad said in an interview with the Kathimerini newspaper, the first one since the strikes launched by the United States, the United Kingdom and France in response to the alleged chemical attack.

The Syrian president noted that the "Western narrative" involving accusations of the use of chemical weapons had begun after the victory of the Syrian Army.

© Sputnik / Mikhail Voskresenskiy
France Backing Down on Its Assad Unconditional Resignation Demands
The situation in Syria seriously escalated over the past several weeks after a number of media outlets and Western countries accused Damascus of using chemical weapons in the town of Duma. The Syrian government and Russia have refuted the allegations, saying that the alleged attack in Douma was staged by militants and the White Helmets organization to influence public opinion and justify possible foreign intervention.

On April 14, the United States, France and the United Kingdom carried out a missile attack on a number of targets in Syria, including the facilities in Barzeh and Jamraya, in response to the alleged attack in Douma. According to the Russian Defense Ministry, a total of 103 cruise missiles were launched by the United States and its allies, 71 of which were intercepted by Syria’s air defense systems.

Turkish State Media Descends Into the Swamp of Incitement Over Syria